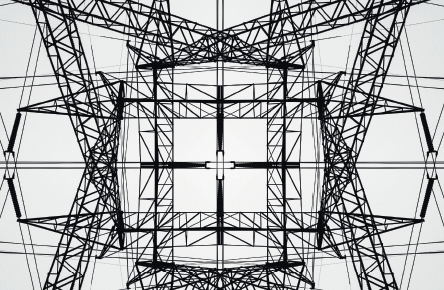 The decision is historic for a number of reasons. First, it applies to Scope 1 through 3 emissions. The court found RDS controls and influences end-users’ consumption patterns which result in Scope 3 emissions, and so is responsible for Scope 3 emissions even if it does not have direct control over them. Second, the court asks the parent company to be responsible for the emissions of its entire group. Usually company law treats each corporate entity as a separate legal person, with no or limited liability for the debts or actions of other companies within the group, except in very limited circumstances. Litigation in the UK is slowly chipping away at that principle. In a series of cases, also involving RDS, the Supreme Court in the UK found that RDS could be responsible for the consistent omissions of its subsidiary, The Shell Petroleum Development Company in Nigeria, for oil leaks from pipelines and associated infrastructure there.

Third, the Dutch decision relies on the United Nations Guiding Principles for Business and Human Rights (UNGPs), as well as the OECD Guidelines for Multinational Enterprises. These soft law documents were purposively watered down by industrialized states and industry, so that they imposed responsibilities (not obligations) on businesses for human rights violations. This is the first time that a court has taken such a robust interpretation of these documents, finding that the UNGPs as well as the OECD guidelines apply everywhere, regardless of the local legal context. The court found they require action by businesses, proportional to the size and operations of the business, as well as the severity of impacts. This is bad news for multinational enterprises which are carbon major entities. In fact, the decision expressly refers to and relies upon studies which attribute emissions to carbon major entities, as well as recent IPCC reports, to underline the severity of the impacts of climate change, as well as the urgency of action by or before 2030.

Finally, the court’s comments about the commercial imperatives of private industry as opposed to the societal risks their activities produce, are prescient and worth quoting. The court stated:

….the interest served by the reduction obligation outweighs the Shell group’s commercial interest, which for their part are served with an uncurtailed preservation or even growth of these activities. Due to the serious threats and risks to the human rights of Dutch residents and the inhabitants of the Walden region, private companies such as RDS may also be required to take drastic measures and make financial sacrifices to limit CO2 emissions to prevent dangerous climate change.

While this decision may be overturned, or limited in jurisdictional extent to European countries which are parties to the European Convention on Human Rights, it still stands as a warning to carbon major companies, particularly multinational enterprises which operate in numerous jurisdictions.

Even if this litigation is not replicable in the United States, corporate climate litigation there is also escalating. Last month Massachusetts’ claim against Exxon for deception over the risks of climate change to its investors and shareholders was allowed to proceed. In the same month, activist hedge fund Engine No. 1 won a bid to place two directors on ExxonMobil’s board of directors specifically as a result of the company’s lack of action around climate change, and the risks that inaction poses to investors. In May of this year a complaint was filed with the Federal Trade Commission around Chevron’s climate claims. NGOs, in the first claim of its kind in the U.S., allege that Chevron’s ‘ever-cleaner energy’ claims misled consumers, as the company’s actual plans may lead to increased absolute emissions. Carbon major companies with net-zero or ‘green’ climate ambitions are likely to face similar backlash if they fail to meet these ambitions, or fail to modify them appropriately to meet the climate crisis.

This series of events, in quick succession, illustrate that climate litigation and investor action around climate change and climate risk is escalating. The diversity of claims range from human rights violations to investor deception and consumer fraud. Companies can expect these types of claims to continue as the severity and frequency of climate-related impacts increase. They can also expect at least some of these claims to be successful in some jurisdictions. The range and extent of corporate climate responsibilities are ramping up, and there is no end in sight.

About the Author: Lisa Benjamin

Lisa Benjamin is Assistant Professor at Lewis & Clark Law School. Professor Benjamin was a corporate and commercial lawyer in London for seven years before teaching international environmental and company law at the University of The Bahamas. She became an advisor to the Government of The Bahamas on climate change, including representing the countr...