The in-betweens in Myanmar: What is happening after authoritarian relapse and military take-over? 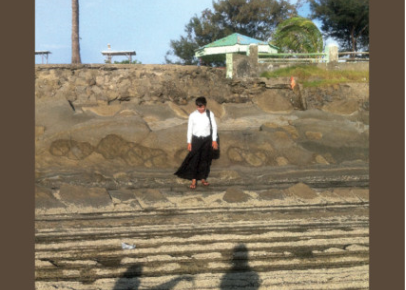 Myanmar’s transition after a new civilianized government emerged in 2011 came to excite investors and development practitioners from across the world. Economic capital Yangon circa 2014 was a town where new met old. Small trendy cafés and hidden bars were popping up in the most unexpected locations. Young and eager development practitioners were confident about their possibility to contribute, business people certain about the economic return on their investments in a new emerging market, and local activists were hopeful about the future development potentials finally brought to their country. A larger space appeared for development actors from abroad to engage in the former isolated authoritarian country. As an effect of this influx of actors from abroad, intermediaries emerged to help enable access, build relationships, broker trust, mediate understandings and conflicts, and translate concepts such as ‘rule of law’ that travel with development interventions.

I think back on this time I spent in Myanmar during its most optimistic moment when large parts of the population and an elected government struggled to leave its authoritarian past. While I spent most of my field work in Yangon, I sometimes travelled with intermediaries to their activities in other regions. At the beach in Sittwe, Rakhine State, I manage to capture one of them with my camera while he is standing in-between the shadows of two other individuals (one myself). His posture captures the ambivalent feelings many intermediaries in Myanmar felt as they had to constantly face different sides and his traditional lunghi worn with a business-like shirt and office bag illustrates his ability to blend in with ease amongst both locals and donors from abroad. He, as many other intermediaries, had a background as a political activist and had political goals that stretched beyond the work he did for foreign organisations. He had been educated abroad, spoke English fluently and managed to navigate both the internationals, that he said he understood because of his foreign experience, and the local side, that he knew across the country because of his earlier engagements. He had been ‘picked up’ by foreign donors after speaking out at events and he then worked for several. He often told me that he needed to get out of the business of foreign funded development assistance to be able to fulfill his life-long dream of becomign an elected politician. As an ‘in-between’ person he often found himself in complicated situations, distrusted by locals for his affiliations with foreigners and critiqued by his foreign employers for spending too much time attending conferences. I was happy to learn that he had been able to fulfill his political goals as he was elected for local office in the 2020 elections.

On 1 February 2021 his Facebook profile is stripped of all pictures linking him to any democratic activity. I wake up to the news that the Myanmar military, after a decade of unprecedented opportunities and optimism, have once again ended civilian rule. Democracy leader Aung San Suu Kyi, the President and other Union-level and state/regional level political leaders are arrested and a State of Emergency is declared. The military is once again throwing ‘rule of law’, around to justify their actions, amend legislation, and bend the Constitution to their benefit. It is an absurd spectacle to follow: how large the gap actually was between rule of law as a development model and local realities.

The number of arrests grows in parallel to a growing civil disobedience movement that gathers people on the streets across the country. People go into hiding and delete democratic party affiliations from their Facebook accounts and try to stay connected amidst repeated shut downs of the internet and social media. Individuals that exposed their work for democracy and rule of law during Myanmar’s transitional decade are now hiding from arrest. After the coup I try to keep in touch with people I know and I spend many sleepless nights worrying about their safety as deterioration into lawlessness is frantically ongoing.

At the same time, I am hopeful. Even if the situation in many ways seem hopeless, intermediaries that were active during the country’s transitional decade are now able to draw on their international linkages to channel support to domestic struggles. What I have learned is that even if development aid stirs ambiguities, contradictions and contestation it builds important relationships with people in difficult settings. And while development intervention in authoritarian settings can derail, as in the case of Myanmar, what remains are the transnational relationships that were formed with people in the country during its decade of transition. The relationships through intermediaries will become ever so influential as they maintain and strengthen the linkages from the outside-in as the country once again closes, but its people remained determined in their continued struggle for rule of law and democracy.

About the Author: Kristina Simion

Kristina Simion works as a government specialist at the Swedish Agency for Peace, Security and Development (Folke Bernadotte Academy), focusing on rule of law development and Myanmar. She is a Visiting Fellow in the Department of Political and Social Change at the ANU College of Asia and the Pacific, Canberra....