International Criminal Court Increasing its Focus on the Asia-Pacific 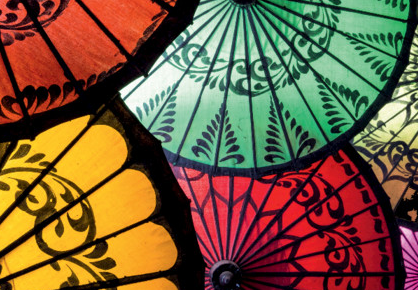 Government data suggests that at least 8663 thousand people (possibly triple that number) have been killed by police and other groups in the Philippines during President Duterte’s so-called “war on drugs”. Now, in one of her last official acts before she ends her term on Tuesday, the International Criminal Court’s Prosecutor, Fatou Bensouda, has asked to formally investigate these crimes.

If approved, this would increase the number of investigations in the Asia-Pacific. An ICC investigation into alleged crimes committed against the Rohingya population of Myanmar that occurred partly in Bangladesh is ongoing, alongside others considering crimes in Afghanistan and Palestine.

But the Prosecutor is also issuing a warning – the Court needs resources: “the Court today stands at a cross-roads in several concurrent situations, where the basis to proceed is legally and factually clear, but the operational means to do so are severely lacking”.

This week the Prosecutor of the International Criminal Court finalised a nearly 3 and a half year “preliminary examination” into alleged crimes against humanity committed during the anti-drug operations since 2016.

This means that the outgoing Prosecutor has reviewed communications and documents, including some asking that Duterte be investigated for impeding the process of justice. She has now announced that there is a “reasonable basis to believe” that crimes against humanity have been committed within the jurisdiction of the Court.

What did the Prosecutor actually find?

In a preliminary examination, the Prosecutor needs to decide whether there is a reasonable basis to proceed with an investigation. Until then, the Prosecutor can review communications and can also gather information from sources such as United Nations organs or civil society reports.

Fatou Bensouda has led the process from the start. Her office is now saying it has a reasonable justification for believing that the ICC would have jurisdiction, that cases would be admissible, and there are not substantial reasons to believe that an investigation would not be in the interests of justice.

The Prosecutor is also suggesting that she is unconvinced by any apparent efforts to hold perpetrators to account within the Philippines.

The United Nations High Commissioner for Human Rights agrees, finding in June 2020 that “there has been near-impunity” for the violence. It seems that only three police perpetrators have ever been convicted – all in relation to the killing of a 17 year old, Kian delos Santos.

What next for the Prosecutor?

Any investigation will be undertaken by Bensouda’s successor Karim Khan. Bensouda is making very clear that the Khan will have some difficult decisions to make: numerous cases where legally the ICC has jurisdiction, but not enough capacity. “There is a serious mismatch between situations where the Rome Statute demands action by the Prosecutor and the resources made available to the Office”, she says.

A Pre-Trial Chamber of three judges still needs to be convinced that there is a reasonable basis to proceed with an investigation. Even if approved, ICC cases then take many years and this preliminary examination already took several.

Duterte’s administration has been highly critical of the ICC and says it will not cooperate with the investigation. This will make it difficult for the Prosecutor to gather evidence, including since it is now 5 years since the “war on drugs” commenced. Then again, the ICC is used to investigating complex crimes in challenging situations and has a new and enthusiastic Prosecutor to lead this one. Bensouda has also explained that she has taken steps to collect and preserve evidence during the preliminary examination.

In the meantime, victims’ groups and civil society in the Philippines are working day by day, often at great risk, to help victims’ families, document previous and ongoing violence, and seek redress. For many, the ICC may seem a long way away and of minimal relevance while other human rights issues, including violations of social and economic rights, continue.

What does this mean for the ICC?

The Philippines situation raises broader questions about the jurisdiction of the ICC, because the Philippines withdrew from the Court in 2019. The Supreme Court of the Philippines has also rejected a legal challenge to that withdrawal. The Prosecutor has maintained that Article 127 of the Rome Statute confirms that the Court retains jurisdiction for the period in which the Philippines was still a party to the Statute. This is consistent with some other ICC decisions involving Burundi and Sudan.

Still, any countries considering withdrawing from the Statute because they fear an ICC investigation would be watching to see what the Chamber decides.

Bensouda is not shying away from the “cross-roads” she sees at the ICC as she leaves, urging the Court’s member states to resource it to fulfil its mandate. Bensouda calls “for a broader strategic and operational reflection on the needs of the institution, and what it is intended to achieve – in short, an honest reflection on our collective responsibility under the Rome Statute to advance the fight against impunity for atrocity crimes. The victims of these egregious crimes deserve nothing less.” Given that the Court is already engaged in reform efforts, Bensouda’s comments suggest this process needs more courage.

It is clear now that the Court has a growing focus on situations within the Asia-Pacific. If this investigation is opened, more than a quarter would lie within this region. Yet in the years to follow, work will continue for activists and victims, survivors, and their families throughout the region – documenting crimes and seeking answers, well beyond the Hague.

About the Author: Emma Palmer

Emma Palmer is Lecturer at Griffith Law School, Griffith University, Queensland. Palmer was awarded her Ph.D. from University of New South Wales (UNSW) Law, Sydney, where she was a Research Assistant for two Australian Research Council (ARC) Discovery Projects focused on international criminal law. She has worked as a lawyer and analyst....