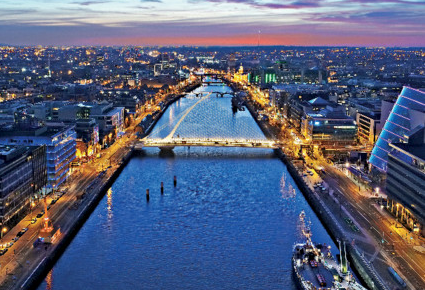 Perhaps surprisingly, the COVID-19 crisis had a broadly positive short-term impact on housing and homelessness problems and on tenant security. The urgent need from a public health perspective to get people off the streets and out of congregated settings, coupled with widespread availability in hotels and short-term lets caused by travel restrictions, enabled a rapid response. For example, homelessness in Dublin was at its lowest since 2013 in the aftermath of the first wave of COVID-19.

As well as taking people off the streets, the public health crisis prompted legislatures to enact reforms to avoid evictions. The risk of evictions was in many instances increased by economic hardship resulting from COVID-19 related restrictions. For example, in the United States, it was contended in August 2020 that the COVID-19 crisis put 30-40 million people at risk of eviction from their homes, with communities of colour most vulnerable.

Many of the radical responses that were quickly adopted had previously been perceived, both politically and legally, as ‘off the table’ due to their impact on property rights. The UK, the US, and Ireland, amongst other countries, imposed significant eviction restrictions. Political will was mobilised and perceived legal barriers were overcome.

Those protections are now being progressively unwound. For example, the general ban on evictions ceased to have effect in Ireland in April 2021, with continued protections in place only for tenants with evidenced COVID-related hardship and no rent arrears. These two conditions are unlikely to often converge, as evidenced by the fact that only 500 tenants had availed of those protections as of June 2021. In England, the 6 month notice period for evictions in place under the Coronavirus Act 2020 ended on 1st June 2021, and a restriction on the enforcement of evictions by bailiffs also came to an end. In the U.S. , the Center for Disease Control’s national ban on evictions was due to lapse in April 2021 but was extended until the end of June 2021.

As the focus of the crisis response increasingly shifts to economic fall-out, emerging questions are whether gains made in terms of housing during the COVID-19 crisis can be retained, and whether an upsurge in evictions can be avoided. With the unwinding of emergency protections, rent increases and evictions will likely accelerate at a time when incomes remain reduced due to ongoing public health restrictions and the wider economic impact of the crisis. In addition, rent arrears may have accumulated for tenants over the course of the COVID-19 crisis. Will those in precarious housing situations be protected, or will political will dissipate along with the urgent public health need to keep people ‘in place’?

Current developments are suggestive of a gradual return to ‘business as usual’, albeit with some tinkering around the edges aimed at improving housing supply. The practical effects of concurrent withdrawal of tenant protections and COVID-related income supports have yet to be seen. Research in Ireland suggests that generous welfare supports avoided a rent arrears crisis after the first wave, but that as such supports are removed, affordability problems may emerge. This seems particularly likely in areas with high rents.

In Ireland, tighter controls on short-term letting are being introduced. A revamped vacant property tax is also being considered. Some tenant protections are being retained until January 2022, but they are increasingly qualified, giving greater weight to landlords’ interests as the public health emergency abates. All of this occurs against the backdrop of a Government promise of a referendum on a right to housing.

In England, notice periods for most evictions reduced to 4 months in June, and are due to reduce further to 2 months in August.

In the U.S., while Congress approved more than $46 billion in emergency rental assistance, the next lapsing date for the CDC’s eviction ban looms, and the scale of the rent arrears crisis will then become apparent, with estimates of almost 10 million renters currently behind in payments.

The COVID-19 crisis demonstrated that governments can act quickly and effectively on housing. Its aftermath will show whether such action was rooted in a serious desire to protect those with precarious living arrangements, or whether it was solely motivated by a desire to protect the ‘settled’ community from a new public health threat. That insight will in turn signal whether an increased understanding of the importance of homes for all, including those on the margins of our societies, may be a lasting positive legacy of the COVID-19 crisis.

About the Author: Rachael Walsh