Why Write a Cambridge Companion to Video Game Music? 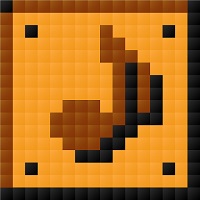 Though computers have been used to make music since the 1950s, the modern tradition of video game music dates from the 1970s. Game music proper begins with arcade games like Gun Fight (1975), which features a fragment of a Chopin Piano Sonata, and the background ostinato of Space Invaders (1978), which increases in tempo as the titular aliens edge closer to the planet guarded by the player. As game music is a relatively recent phenomenon – why do we need a Cambridge Companion?

There are three answers to this question. The first is because of the fascinating variety and complexity of this music which reaches the ears of billions of players all across the globe. Secondly, because of the way this form of music engages with a whole raft of other musical, analytical, philosophical, historical and psychological issues. And thirdly, because by finding its way into other musical genres and media forms since the late 1970s, game music has decisively influenced our musical life and pop culture in manifold ways for 50 years already. Consequently, our Companion not only looks ‘inward’ to illuminate video game music, but also ‘outwards’ to the broader cultures and contexts in which it sits.

The book is in six parts, each preceded by an introduction guiding the reader into the respective subarea. The first part focuses on the challenges and possibilities of writing music for game music’s special instruments, the soundchips found in early video game technology. Junko Ozawa, a pioneer of game sound and music, took time out of her busy schedule to contribute to the volume. The second part focuses on current practices of writing music for an interactive medium and offers contributions from theorists, practitioners and industry professionals such as Rob Bridgett (Shadow of the Tomb Raider) and Ben Babbitt (Kentucky Route Zero). Part Three focuses on analysing game music. Showing how approaches such as phenomenology, semiotics, performance theory, and traditional music analysis can be applied to games, we further find that video game music and its distinct properties vice versa provide a critical perspective on these tools. Part Four deals with game sound and reality, including psychological factors, and tackles fundamental questions about sound and the nature of reality. Part Five reveals how game music is bound up with critical issues of identity, history, gender and globalization. The final part of the book demonstrates how game music’s significance extends far beyond the playing time of the game. Prolific game music concert producer Thomas Böcker provides his professional insight here, and we also explore game music fandom and the synergy between game and the pop music industry.

Our Companion is a guide to game music, written to help readers better understand this multifaceted musical form. For newcomers, it provides a ‘way in’ to the subject, and for those more familiar with the area, it distils, summarizes and develops the existing scholarship. We are incredibly grateful to our authors for their generosity of spirit and effort, which made creating this book a joyful experience. The research on game music has only just begun: there’s so much more to understand, and we look forward to discovering it with readers of this book.

About the Author: Tim Summers

Tim Summers is Lecturer in Music at Royal Holloway, University of London. He is the author of Understanding Video Game Music (Cambridge, 2016) and The Legend of Zelda: Ocarina of Time – A Game Music Companion (forthcoming)....

About the Author: Melanie Fritsch

Melanie Fritsch is Junior Professor in Media and Cultural Studies with a focus on Game Studies and related fields at Heinrich-Heine-Universität Düsseldorf. She is the author of Performing Bytes: Musikperformances der Computerspielkultur (2018)....