Why might ethnicity affect outcomes in postgraduate medical exams? 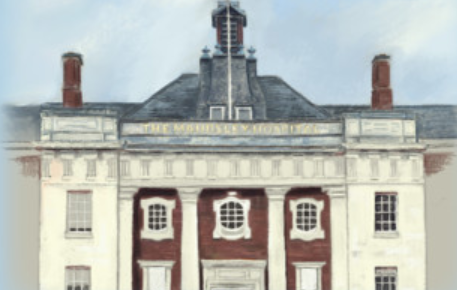 This month, our book “The Maudsley Trainee Guide to the CASC: Preparing for the MRCPsych CASC Examination” will be published after years of tireless labour. We were driven to create this preparatory guide by a lack of suitable existent materials, and a desire to address what we perceived as disparities in exam outcomes – for UK-graduate trainees from ethnic minority backgrounds, for international graduate trainees, for those in smaller or remote training programmes, and for those who are less well off and therefore not as likely to access expensive training courses.

Readers may be forgiven for dismissing recent figures from the General Medical Council (GMC) showing that on average 49.2% of CASC candidates who are International Medical Graduates (defined by the GMC as any candidate that studied outside the UK and European Economic Area) passed the CASC in 2019, compared to 92.2% of UK graduates.[1] Some innocent factors could reasonably predict a disparity – UK exams should be expected to correspond more closely with UK medical school curricula. But such a wide margin of disparity could obscure whether ethnicity might be independently playing a role. Unfortunately, a breakdown of pass rates by ethnic group is not currently publicly available for the CASC exam in isolation; however, across all RCPsych examinations in 2019, white graduates of UK medical schools were 15.7% more likely to pass than BAME graduates of UK medical schools.1 Again – these are all graduates of UK medical schools, when separated by ethnicity alone. This, we would hope, is more straightforwardly alarming to readers – and in our view it is shockingly under-discussed. Disappointingly, this is not by any means new information – such significant discrepancies in Royal College clinical examination pass rates have been well documented across many specialties over several years, and in fact has previously resulted in a legal challenge.

In 2014, the British Association of Physicians of Indian Origin (BAPIO) sought to challenge (via legal review) the Royal College of General Practitioners’ Clinical Skills Assessment (CSA).[2] BAPIO as claimant argued that the low pass rates of South Asian, Black, and minority ethnic doctors reflected discrimination (whether directly or indirectly), and therefore that the examination itself was unlawful per the Equality Act 2010. The defendants were the Royal College of General Practitioners (RCGP), as those who carry out the examination; and the GMC, as the body responsible for its regulation. The High Court did not find that the examination was straightforwardly unlawful, but Justice Mitting noted in his judgment that unless existent wide-ranging recommendations from investigations on the matter were implemented by RCGP in a timely manner, they might be found in breach of the law by a subsequent judicial review (which has not yet been brought). Justice Mitting referenced several reports, including one commissioned by the GMC in 2013 and written by Professors Aneez Esmail and Chris Roberts.[3] This report made wide-ranging recommendations including – but not limited to – the following:

The outcomes which provoked the legal challenge were not unique to the RCGP, and as such the legal judgment in 2014 had clear ramifications for other Royal Colleges (including RCPsych). Practically speaking, it is of course almost impossible to assess meaningfully the individual impact of deficits against these specific recommendations – to what extent would correcting these flaws address the attainment gaps? Yet these commonsense recommendations in practice stand already for all Royal Colleges – what progress has each College made so far against these recommendations?

The RCPsych supported us in drawing attention to these shocking statistics in our book, and we are pleased that this specific issue (and efforts in line with the recommendations discussed above) is publicly and specifically addressed in the RCPsych Equality Action Plan published in January 2021.[4] We are particularly grateful for the generous advice and help of Professor Aneez Esmail, Professor Subodh Dave (RCPsych Dean-elect) and Dr Shubulade Smith CBE (RCPsych Presidential Lead for Race Equality). We hope that our collaboration will help in the College’s urgent attempts to address the unsatisfactory status quo.

[3] Aneez Esmail and Chris Roberts, ‘Independent Review of the Membership of the Royal College of General

About the Author: Dan Cleall

About the Author: Samantha Perera

About the Author: Christopher Travers

Social Factors in the Personality...