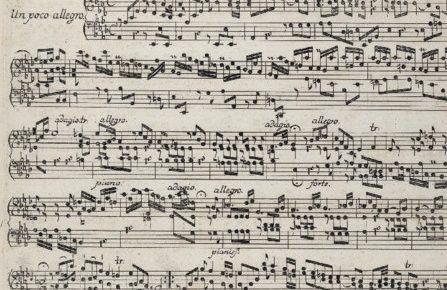 Since its invention in the ninth century, musical notation in the West has become an increasingly complex and sophisticated form of symbolic, non-verbal communication. The study of notation in its historical context reveals the strategies through which musicians created innovative solutions for the problem of capturing, in symbols, the sounds that comprise the musics they perform, compose and preserve. Those solutions remain the preserve of a highly skilled professional class who must devise their own sophisticated strategies for apprehending notation efficiently as part of their professional training. The narrative that emerges from this history offers insights into the design and workings of a symbolic language that could have important implications for similar systems in other disciplines where purely verbal communication is inefficient or impractical. This book serves as a guide for music students, professionals and scholars to the historical development and evolution of musical notation, and situates the broad sweep of notational developments in their historical context.

The theories of Ferdinand de Saussure and Charles Sanders Peirce on semiotics provide a powerful model for understanding the mechanisms of musical notation. Systems of musical notation and their interrelations have changed over time, and so a third element enters the equation, alongside the theories of Saussure and Peirce, and that is context. The meaning of the individual symbol can change from one context to another, one era to the next. But even more important, entire systems can change or be replaced by new ones. Experienced musicians learn to apprehend these interacting systems at a glance and incorporate the suggestions each presents into their playing. Simultaneously, musicians cultivate a historical awareness of notational systems, how they change over time and in different contexts, and how their meaning affects the sounds generated. By analyzing the semiotic components of the systems that constitute musical notation, we can achieve a fuller understanding of how and what it communicates, of how a sophisticated non-verbal language developed for the translation of musical sounds into symbols.

From its inception in the medieval West, musical notation has required extensive, specialized knowledge of the musical practices it attempted to depict along with a fine visual discrimination and apprehension of the symbols, to translate them into sound. Consequently, musical literacy has remained, since its introduction, the exclusive product of professional training at a high level, and, in some areas of musical practice, an indispensable credential for achieving professional status. Yet, this system simultaneously exerts enabling and limiting forces on musical practice. A musician separated by distance and time from the creation of a musical work is able to read, study and perform it through the efficacy of notation and literacy. But at the same time, Western notation establishes a relatively rigid grid of temporal and pitch events. Furthermore, composers’ attempts to control all aspects of performance led to the exponential increase in notational complexity without appreciably increasing precision, while simultaneously limiting the extemporaneous determination of many aspects of performance in the act of performance itself.

About the Author: James Grier

James Grier is Professor of Music History at the University of Western Ontario and Fellow of the Royal Society of Canada. He has written The Critical Editing of Music (Cambridge, 1996; Spanish translation 2008), and three books on the music of Adémar de Chabannes, eleventh-century Aquitanian monk....

Opera in the time of cholera:...

Songs for a Sad Season