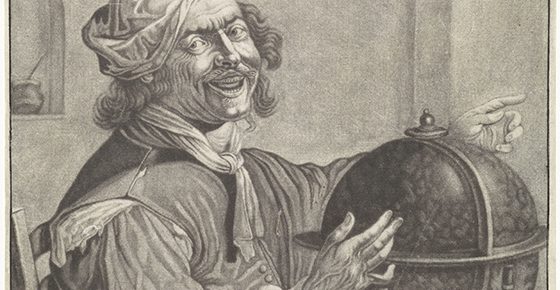 It sounds like an odd contradiction that anyone might enjoy melancholy: an age-old disease of body, mind, and spirit typically characterised by sadness and fear. Melancholy’s symptoms could be extreme, its consequences fatal. But when Robert Burton set out to write The Anatomy of Melancholy (1621), which celebrates its 400th anniversary this year, he confronted the paradox full-on. Why might people be drawn to a disease that could kill them?

Burton recognised that melancholy had a dark mystique for his readers. Since ancient Greece, the condition had been associated with the genius of poets, artists, and philosophers, and during the Renaissance it became fashionable to be depicted in a melancholic pose, wearing black. Yet such affectation could conceal a potentially dangerous, habit-forming affliction.

In the Anatomy, Burton describes melancholy as like a Siren, luring its victims into an ‘irrevocable gulf’. It can start out pleasantly enough: a person might want to spend time in solitary contemplation, wandering alone in woods or down by the river. ‘A most incomparable delight it is so to melancholise, and build castles in the air’, he comments. Though seemingly innocent, this behaviour starts to intrude on everything, until the person experiencing it can no longer control it: ‘these fantastical and bewitching thoughts so covertly, so feelingly, so urgently, so continually set upon, creep in, insinuate, possess, overcome, distract, and detain them, they cannot, I say, go about their more necessary business, stave off or extricate themselves, but are ever musing, melancholising, and carried along’. Burton’s language hints at the experience he is describing: he heaps verb upon verb, crowding his words in just as the ‘bewitching thoughts’ occupy the sufferer’s mind.

Pleasurable or ‘sweet’ melancholy is only one side of the coin. On the other is anguish, desperation, inescapable sorrow and terror. Burton charts the many variations of this slippery illness in his book, through the stories of those who suffered from it as well as the prescriptions given by Renaissance physicians. The Anatomy of Melancholy takes its subject seriously: Burton ambitiously attempts to delineate the wide contours of mental suffering, as they had been understood from antiquity up to the seventeenth century.

Yet his writing is also a great pleasure to read: an endlessly intriguing exploration of melancholy, ‘the condition of mortality’, through the lenses of medicine, religion, philosophy, poetry, and even satire. He writes under the pseudonym of ‘Democritus Junior’, positioning himself as the heir to the laughing philosopher of ancient Greece. Explaining his method of writing, Burton describes himself as ‘like a ranging spaniel, that barks at every bird he sees, leaving his game’; each idea about melancholy sparks another association; each story or quotation leads to another example. From melancholics who believe they have swallowed frogs to those who think they are already dead; from long lists of melancholy-inducing food (hare, cabbage, beans, rye bread, fruit) to strange and sometimes alarming cures (trepanning, castration, a bath with a sheep’s head), the Anatomy provides diversion for readers while it exhibits the author’s ceaseless curiosity.

It is also enjoyable to write about. When I worked on A User’s Guide to Melancholy during lockdown in 2020, getting the text ready in time for the Anatomy’s quartercentenary, I found Burton to be an ideal companion for those constricted days. His exuberant prose and the sheer copiousness of his text kept me amused, bewildered, occupied – something that its many readers have found over the four centuries since the Anatomy’s first publication. A User’s Guide explores the colourful variety both of Burton’s text and of Renaissance melancholy: the labyrinthine condition in which sufferers can all too easily become lost.

About the Author: Mary Ann Lund

Mary Ann Lund is Associate Professor in Renaissance English Literature at the University of Leicester. She is the author of Melancholy, Medicine, and Religion in Early Modern England: Reading 'The Anatomy of Melancholy' (Cambridge University Press, 2010) which was shortlisted for the CCUE Book Prize. She has contributed to the BBC Radio 4 series: I...