Did an apple really fall on Newton’s head? 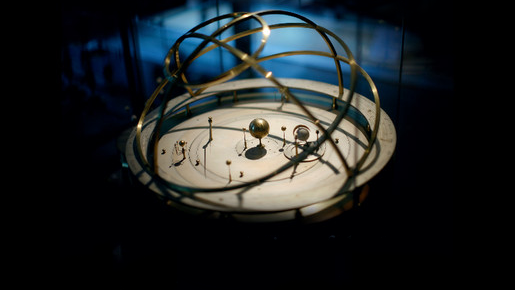 Everyone knows that The Principia was based on the inspiration that struck Newton when the apple struck his head, as you can see from the cartoon above. The thought that passed through his head was as follows:

“Clearly the earth attracts the apple in the same way that it attracts the moon, and the force very likely obeys the inverse square law. I can check this by calculating the acceleration of the moon towards the earth, as determined by its orbit and the length of a synodic month.

Newton’s anni mirabiles were 1665-1667, when he was twenty-two to twenty-four years old. In 1666 the University of Cambridge went into lockdown because of the plague, and he retreated to his home base in Lincolnshire to think. This is when his theory of gravity, and so much more, was developed, and the semi-mythical apple fell from the tree.

The current Covid crisis has killed more people than the plague of 1666, which none the less is thought to have killed a quarter of the population of London. The current lockdown leaves academics with vast electronic resources, whereas in Newton’s day there was nothing to do but to think. Is there a lesson to be learned?

He was an outstanding mathematician, physicist, astronomer, historian, theologian, and (as master of the mint) civil servant. But Voltaire, who thought so highly of him, and was the lover of the great Émilie du Châtelet, the only translator of The Principia into French, asserted that he was so famous in England because he had a beautiful niece. Princes of Italy came to England in order to set eyes on him, and, for all I know, on his niece.

Reverting to the apple/moon comparison, a great variety of simple ideas come into play, and I intend to concentrate on simple ideas, rather than on the technical details. For now, I ask you some simple questions concerning the tides.

If you are new to these ideas you are in much the same position as Newton, who (it seems) never saw the sea, but sat in his garden thinking.

I should perhaps mention that I am an emeritus professor of pure mathematics at Queen Mary, University of London. I work in algebra, and have had to learn much in order to understand the great breadth of Newton’s masterpiece.

I hope that my understanding has been sufficient for the purposes of the task I have undertaken. I was moved to produce my translation by my feeling that the Cohen-Whitman translation was too opaque, and based on an inadequate understanding of the text. I detail my attitude to their work in the preface to my translation, and acknowledge the help I have received from many people.

I should repeat here my gratitude to Carl Murray, who persuaded me to have my translation published and produced the diagrams, to Wolfram Neutsch, who read the entire manuscript, and saved me from some embarrassing errors, to Niccolò Guicciardini for much learned assistance, and to David Tranah of Cambridge University Press, who fortunately insisted on setting the translation in a bright modern style. I am grateful for his hard work and professionalism which also saved me from a number of errors.

The online annotated translation of The Principia (www.17centurymaths.com) by Ian Bruce unfortunately did not come to my attention until my translation was in the hands of C.U.P.

About the Author: C. R. Leedham-Green

C. R. Leedham-Green is an Emeritus Professor of Pure Mathematics at Queen Mary, University of London. He is an algebraist, working mainly in group theory, and most of his publications concern p-groups, pro-p-groups, and computation in matrix groups defined over finite fields. He is a joint author, together with Susan McKay, of The Structure of Grou...