The Persistence of Party: Ideas of Harmonious Discord in Eighteenth-Century Britain 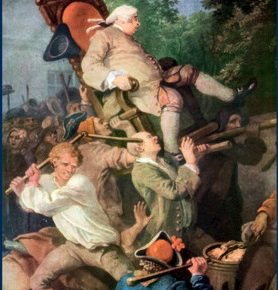 While there are no timeless arguments in the history of political thought, there may indeed be perennial questions. If anything is recurrent throughout Western thought, it is likely to be the abhorrence of conflict and the quest for stability and peace. Political societies require a degree of internal peace to function. Since they imply division, parties thus pose a problem for political theory. As recent events indicate, extreme partisan divisions threaten to undermine trust among citizens, tear societies apart and constitutions asunder, and degenerate into violent strife and even civil war. Yet parties can also help to pacify and domesticate conflict. Party is an instrument for organising competition and adjudicating between interests and opinions. Any politics worthy of the name entails competition between ‘ins’ and ‘outs’, involving a mixture of interest and principle. Politics is not just about competition, but this is a crucial aspect of any politics that would be recognisable to us in the twenty-first century Western world, as in many other parts of the world. Securing political stability has been a concern for political thinkers since at least Thucydides, but the role played by parties in channelling or augmenting division is a more recent concern – one on which this new book is focused.

While we take party for granted – for us politics simply is party politics – party was not taken for granted by women and men in the eighteenth century. At that time, the question of whether party was beneficial or pernicious to political life dominated political discourse. Political life in the period simply cannot be understood without reference to party, at least not in a way that eighteenth-century men and women would have recognised.

Party conflict and partisanship remain the stuff of political theory today. Parties are a fundamental part of representative governments, and they feature in any state that calls itself democratic. Despite this, political philosophers – past and present – have generally been reluctant to embrace parties, both as normatively desirable in politics and as a subject worthy of study. The eighteenth century is thus a crucial period because of the ubiquity of focus on the topic, as well as Edmund Burke’s famous embrace of parties.

In addition to the Irishman Burke, this book includes new, contextual readings of the French Huguenot historian Paul de Rapin-Thoyras, the English renegade Tory Bolingbroke, the Scottish Enlightenment thinker David Hume, and the Anglican eccentric John ‘Estimate’ Brown. As the question of party concerns how people analysed a phenomenon they saw at work, context has been understood in expansive terms. This book is not exclusively meant as a study of how political thinkers responded to others’ arguments – although it is that, too – it is also about how they understood their practical politics and how they thought it had come into being. For this reason, in this book we encounter understudied political writers such as Thomas Carte, John Perceval and Catharine Macaulay, along with key political actors, including not only Walpole, the Foxes and the Pitts, but also Harley, Pulteney and Portland.

About the Author: Max Skjönsberg

Max Skjönsberg is a postdoctoral research associate in the Department of History at the University of Liverpool. An intellectual and political historian of the eighteenth century, he has published articles in the Historical Journal, Journal of British Studies, History of Political Thought, Modern Intellectual History, and History of European Ideas...