The Nature of Polities in the Developing World 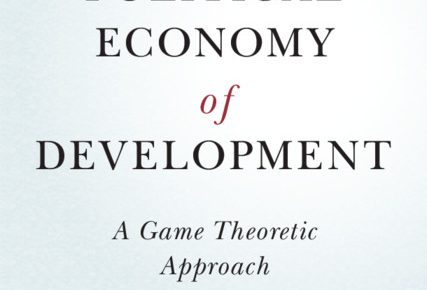 When faced with phenomena that we find difficult to understand, we often turn to the past. Our understanding of the latter enables us to frame and dissect the events unfolding before us. I am a political scientist and I study development. But in contrast to many, when doing so, I turn to the past. For I find it useful to make use of the history of the advanced industrial nations of Europe to study the developing world today.

The most striking – and unsettling – lesson I draw from the history of the industrialized world is the significance of inter-state relations and the manner in which they lead those with power to promote, or to fail to promote, economic development. Given their need to defend themselves from attacks by others, the heads of state in Europe found it necessary to augment the wealth of their nations. They found it necessary to safeguard those who created firms and managed factories, the merchants who purchased and marketed the goods they produced, and the financiers who invested in both. They also found it useful to “tie their own hands” by according those who dominated the economy a place at the table where policies were made and enforced. By safeguarding the fortunes of those they ruled, and eliciting payments for doing so, they could build stronger navies and muster larger armies and so cow and repel the armed forces of their rivals. Given their geo-political insecurity, the interests of those in power thus came to align with those who dominated the economy.

In much of the world today, however, the links between international security and economic development are not so clearly drawn. The “great powers” fear being drawn into conflicts over issues of little direct relevance to themselves. When they venture beyond Europe or the northern hemisphere, most often they do so to keep the peace rather than to engage in conflict. In addition, they have forged, endowed, and empowered a dense web of multilateral institutions – the World Bank, the United Nations, and a series of regional organizations – and charged them with safeguarding the security and enhancing the prosperity of the developing nations. Having done so, they need not forge close alliances with the states in the developing world, thus reducing the likelihood of being drawn into conflicts in other portions of the globe.

As a result, the states in the developing world differ greatly from those that formed in the developed. Their governments do not need to defeat foreign forces in order to survive. The forces they command are more likely to be deployed against their political rivals at home than against their nation’s enemies abroad. Nor is economic development a matter of national security. Rather, in the developing world, politicians are more engaged in regulating the creation of wealth—while extracting a portion of it – rather than in promoting its creation.

As noted above, to study development, we can focus on the contemporary cross section of nations or upon the process by which those that are wealthy and powerful emerged over time. As evidenced here, I find it useful to do both. Looking at history enables me – and others – to isolate and highlight the factors that promote or hinder the growth of prosperity and security in the contemporary world. What emerges most vividly, I have found, is the importance of the way in which politicians employ their power and how their behavior is shaped by their international environment.

About the Author: Robert H. Bates

Robert H. Bates, Eaton Professor Emeritus of the Science of Government at Harvard University, is the author, co-author, or editor of over a dozen books on the developing world. He specializes on the study of conflict and Africa, where he has spent much of his research career. A member of the American Academy of Arts and Sciences and National Academ...