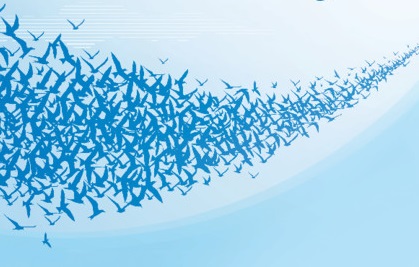 The global dimensions of migratory flows in the last century have created common dilemmas for liberal democracies throughout the world. As they address market demands for labor, states are faced with the challenges of safeguarding national borders from unsanctioned immigration while upholding democratic principles. The COVID-19 pandemic has exacerbated these dilemmas. Across the globe, states have enacted sweeping immigration restrictions that not only serve as temporary measures to curb the spread of the virus, but that also contravene decades of international pacts aimed at safeguarding migrants’ human rights. The corrosion of already fragile safety nets and protections for migrants has made them ever more vulnerable to contracting and dying from the virus as they resort to more desperate measures to reach increasingly narrow points of entry; work and live in overcrowded conditions; and continually weigh the risks of dismissal, detainment, and/or deportation against getting tested for the virus.

In democratic countries that have maintained relatively closed migrant labor policies, responses to the pandemic have brought to stark relief the distinct ways that migrant populations are incorporated—or not incorporated—as actual or potential citizens, permanently settled residents, or temporary, disposable workers. Japan, South Korea, and Taiwan were among the few liberal democracies where immigration did not occupy center stage in politics until recently. Despite labor shortages from the 1980s and impending demographic crises, the three East Asian countries resisted large-scale importation of foreign labor.

Until the early 2000s, all three countries overlapped in their restrictive immigration policies, descent-based citizenship policies, and exclusionary practices toward immigrants. These analogous policies and practices, however, generated dramatically divergent patterns of immigrant incorporation from the mid-2000s. In South Korea, the arrival of migrant labor generated centralized rights-based movements and, eventually, sweeping policy measures that included the implementation of a guestworker program in 2004, the extension of local voting rights to permanent foreign residents in 2006, and the passage of a dual nationality bill in 2010. While there were no policy reforms in Japan, decentralized grassroots movements and partnerships between local governments and civil society organizations generated an assortment of local services and programs for foreign residents that ranged from cultural exchange programs to foreign resident assemblies. Finally, while Taiwan was the first among the three countries to implement a guestworker program in 1989, it has been the slowest in addressing immigrant rights and welfare.

Based on their exclusionary policies, we could expect that all three countries would have followed Taiwan’s trajectory. Global human rights norms had not pushed the three East Asian democracies toward liberal immigration and citizenship policies. Nor were domestic political elites such as bureaucrats and left-leaning parties the drivers for liberalization. In each country, immigration reform, immigrant incorporation, and migrant rights became an important part of the equation only when civil-society actors forced them onto the agenda. Not all civil-society actors, however, sought to advocate for migrant rights or incorporate migrants into their local societies. Civil society, after all, can be the source of both pro-migrant advocacy and anti-migrant mobilization.

Civil society’s differential impact on immigrant incorporation in East Asian democracies was the product of distinct civic legacies that shape which actors choose to advocate for which migrants and why as well as the strategies and ideas that they employ to make claims to the state. Migrant advocacy in South Korea built on the civic legacies of the country’s recent democratization movement and, especially, the strong tradition of labor and civil society activism, to push for structural change. In Japan, grassroots movements led by generations of permanent foreign residents set the foundation for decentralized, community-based strategies for incorporating new immigrants but posed barriers to restructuring migrant labor policies. The civic legacies of Taiwan’s recent democratization movement, meanwhile, hampered migrant advocacy as the latter proved to be a poor fit for indigenization campaigns and became ensnared in cross-Strait politics. Whereas national immigration policies establish the parameters for legal entry, employment, and length of stay, we need to further examine the ideas, networks, and strategies of previous struggles for democratic inclusion to understand current patterns of immigrant incorporation.

Immigration has become one of the most politicized topics of the day as it is linked to issues ranging from religion to gender equality to jobs and, once again, public health. The COVID-19 pandemic has forced all states to rethink their migration management tools; at the same time, it has underscored our interdependence with people from all walks of life regardless of nationality and legal status. Rather than focusing on border control and protecting “our own,” this global crisis reminds us that migrant advocacy, which in itself is deeply informed by generations of movements for equal rights, anti-discrimination, and justice, is essential to the well-being of our communities and our democracy.

About the Author: Erin Aeran Chung

Erin Aeran Chung holds the Charles D. Miller Chair in East Asian Politics at Johns Hopkins University. Her research has been supported by the Academy of Korean Studies, the Japan Foundation, and the Social Science Research Council. She is the author of Immigration and Citizenship in Japan (Cambridge, 2010)....