The Business of Disability Inclusion and Ableism at Work 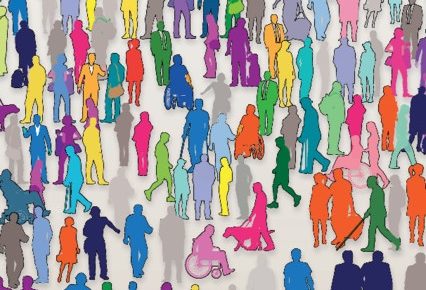 Ask yourself, do you believe persons with a disability have a right to work? If yes, what kind of work? At this point a lot of people will say it depends upon their abilities. If only that was true.

37.9% persons with disabilities who have completed K-12 or higher studies reported that they have been unable to secure work and rely upon welfare as the main source of their income.

Is this due to their abilities? If only.

16.1% had completed a Bachelor degree or above, yet this often does not translate to work. Many people reading this will have studied at university themselves. How many of your professors had disabilities? Why are persons with disabilities not able to get on the other side of the lectern and become academics? If only it was just based upon their abilities.

Of those who secure work, persons with disabilities experience a massive pay gap. In Australia the median gross personal income of people with disability in 2018 was 49.7% that of people without a disability. If this seems massive, think on this: Persons with disabilities make up between 15% and 20% of the population. How many university deans, vice chancellors or community leaders can you name who have a disability? If not why not? It is not due to a lack of abilities. Professor Ron McCallum AO is blind and was dean of Sydney Law School; Franklin D. Roosevelt was President of the United States of America and a Paraplegic; and Richard Branson is a billionaire businessman and dyslexic. The fact I had such a short list to cherry pick a few examples from speaks volumes.

At most universities across the Western world about 5% of students are registered as having a disability. Students who do not need help may not bother registering. Statistically at least one in 20 academics, deans, vice-chancellors and leaders of the community should have a disability. If only it was based upon abilities.

Individual managers, organizations, sector bodies and government all have a role to play in combatting the erroneous assumptions that limits the opportunities experienced by people with disabilities. Unfortunately ableism at work is no accident. Some anti-discrimination and other laws help combat disability discrimination, however other laws actively reinforce it. Workplace laws in Australia, Canada, Ireland, New Zealand, the United Kingdom and United States all reinforce ableism at work.

There is a hierarchy of abilities which dictates that some people are regarded as normal, others as having a disability and deserving of protection and support, and yet others that decide that certain disabilities are less worthy of regulatory protection. This results in people experiencing episodic disabilities often being excluded from disability discrimination laws. It causes people who are alcoholics, even when they have been dry for decades, from protection from disability discrimination protection. It is reflected in laws that tell workers who are injured at work that their injuries are less entitled to help if they have developed a psychological or psychiatric injury when compared against those who have acquired a physical or sensory disability. It is not just national laws.

For the record I am blind, a former Paralympian, Associate Professor in Law at the University of Queensland, former Fulbright Scholar to Harvard Law School and Syracuse University, and in 2019 I was awarded a Citation for Outstanding Contributions to Student Learning, as part of the Australia Awards for University Teaching (AAUT) program. My citation is “for outstanding leadership in translating disability strategy into a vision of ability equality and core university business.” These issues are close to my heart and feature in my last two Cambridge University Press books.

This research has been made possible by the generous support of the University of Queensland Law School, Harvard Law School Project on Disability, the Institute for Lifecourse & Society at Centre for Disability Law and Policy at National University of Ireland, Galway, Burton Blatt Institute at Syracuse University, and a Fulbright Future Scholarship through the Australian Fulbright Commission.

About the Author: Paul David Harpur

Paul David Harpur is an associate professor at the University of Queensland, TC Beirne School of Law. He is a Fulbright Future Scholar hosted by the Harvard Law School Project on Disabilities and the Burton Blatt Institute at Syracuse University. He is also a former duel Paralympian and duel Commonwealth Games representative....