Surviving the War in Syria 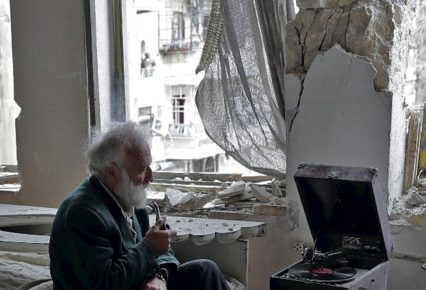 • What was your main motivation for writing Surviving the War in Syria?

This book grew out of my PhD dissertation. When I started the research, I thought I was going to only going to write about migration: Why people migrate, when they migrate, where they migrate, and how they migrate. This changed when I started talking to people. There was one conversation in particular, with a Syrian refugee in Zaatari camp, that was crucial in shifting the direction of my research. We had just spoken for about an hour, but when the interview ended, my respondent spent another 20 minutes explaining to me that I had neglected to ask what was in his view the most important question. He insisted that I needed to ask how people figured out what to do when there was danger. In his case, he recounted how many people that he knew had wasted time and money as they were trying to exit Syria by taking the “wrong route.” More broadly, this respondent made it clear to me that information flows were essential to understand, and that people were working hard to figure out how best to survive. Many people decided that survival depended on migration, but there were many other options as well. This realization made me shift from a focus on migration to a broader view of repertoires of survival strategies. This is an uncommon way to understand how civilians behave in conflict zones, so I believe that this book is an important contribution.

• What was the most surprising thing you discovered during your research?

I was most surprised when I realized that respondents with more violent experiences had left their homes in Syria later, on average. This was not just resulting from people having more violent experiences because they remained in Syria longer. People were actually delaying their migration after having experiences with violence. I was shocked when I discovered this, so I was motivated to dive into the psychological and social mechanisms that would create this pattern. As is often the case with research, the surprising observations that we have during the research process tend to be what make our work the most interesting and important.

• What was the most challenging part of writing your book?

It’s always challenging to write a book outside of your disciplinary norm, and this book is no different. It was a challenge and a pleasure to engage with research across the social sciences. I hope that my book can help lay groundwork for even more research on civilian self-protection.

• Who, in your field, inspires you?

There are all kinds of inspirations. Idean Salehyan’s work on migration and refugee flows is one of the early influences that made me want to focus on migration during my PhD research. Evgeny Finkel’s book Ordinary Jews is a powerful argument for continuing to emphasize civilian agency even amidst genocide. I also draw many insights from the work of Abbey Steele (Electing Displacement) and Laia Balcells (Rivalry and Revenge), who have advanced understandings of how armed groups select the violence strategies that motivate migration from conflict zones.

• What made you choose Cambridge University Press?

I was inspired by the scholarly contributions in two areas that are critical for my book. First, the landmark Dynamics of Contention from McAdam, Tarrow, and Tilly is the foundation for how I think about contentious politics, particularly the importance of repertoires of action. Second, Oliver Kaplan’s Resisting War does important work in highlighting alternatives to violence that civilians in conflict zones can choose. I was highly motivated to be in conversation with these classic works, and more.

• What do you hope readers will take from your book?

I hope readers will gain an understanding of the power of civilian agency. My book is part of a rapidly growing research program on civilian self-protection that shows that even under high levels of violence and coercion, civilians make choices about how they live and what they want to do. As much as combatants may try to impose otherwise, civilians do not have automatic responses to the actions of armed groups.

• What are you working on now?

I am now moving into two research programs. First, I am adding climate and environmental change into my considerations of conflict-migration relationships. Increasingly, we are finding that climate and the environment, conflict, and migration all interact with each other. Full climate-conflict-migration relationships therefore need to be examined. Second, I am bringing insights from my work on civilian survival strategies to the study of how governments and non-state actors respond to migration and displacement. These responses are important to understand both for internal and international migration.

About the Author: Justin Schon

Justin Schon is Post-doctoral Research Associate in the Department of Anthropology at the University of Florida, where his work focuses on the modelling of migration, armed conflict, and development. He is the author of articles in the Journal of Peace Research, Perspectives on Politics, Journal of Refugee Studies, Civil Wars, International Interac...