Irish, American diplomacy in the 1930s 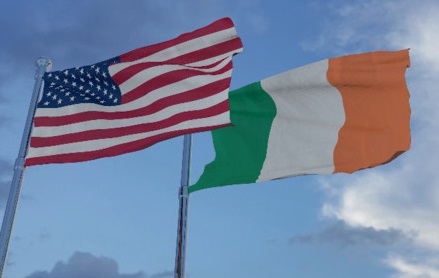 Conducting diplomacy in times of crisis has always been fraught. At the centre of practising diplomacy is making and keeping contacts and obtaining information and intelligence. The methods to achieve that are formal through official meetings, negotiations, treaties and agreements and informal through soft, or public or third track diplomacy. The absence of the latter during the last few months has been noted by political commentators. An unnamed diplomat told The Guardian journalist Patrick Wintour “So many conversations on Zoom end with ‘I will tell you the background to all this over a cup of coffee later’. This is the problem now – ‘You cannot get hints, nods and winks to guide you.’ Yet the practice of diplomacy is thousands of years old and was constantly reinvented in times of global wars, civil wars, economic crisis, pandemics and other upheavals. The inter-war period in the twentieth century although a time of peace, was another fraught time of upheaval.

The 1930s which started with the consequences of the 1929 Wall Street crash and ended with the outbreak of a global war in 1939 offers another opportunity to examine how diplomacy operated under difficult conditions. International affairs were dominated by debt, disarmament, depression, the rise of fascism and military preparedness. Further challenges for diplomats relate to specific national interests. For a small country such as Ireland which had gained its sovereignty only in 1922, bringing its national concerns to the attention of a large superpower such as the United States of America, was even more challenging. A handful of Irish diplomats used the methods of diplomacy to implement their government’s vision for Ireland in Franklin Delano Roosevelt’s America. They became adept at organising and structuring soft diplomacy to pick up on the ‘hints, nods and winks’ and turn them into useful information to be sent back to headquarters in Dublin.

Ireland’s American policy centred on entangling US governments in the quest for political sovereignty, economic independence and international legitimacy. The Irish diplomats’ worked hard to manage de Valera’s demands and not cause a break-down in the diplomatic relationship. The Irish post was not a demanding one for American diplomats. Nevertheless, they also had to temper de Valera’s view that the American polity, public and press and Irish-Americans in general were intensely interested in Irish affairs particularly partition. De Valera wanted the Americans to end it by pressurising the respective British governments.

National interests also involved consular business. Consular work is often criticised as routine bureaucracy but visas, passports, deportations, inheritances, remittances, were all part of the transatlantic human relationship. Such work involved engaging with officials in local government as well as in national-level bureaucracies. It was often complex for the Irish diplomats in the US because of size of the Irish-American diaspora. Dealing with immigration and emigration matters in the United States and Ireland in an era of crisis also illustrated common approaches to borders. Roosevelt and de Valera shared a restrictionist approach to inward migration which resonates in to-day’s world. Some contemporary leaders also govern by prioritising domestic concerns and less so global responsibilities but the lesson from the 1930s is that Irish-American, American-Irish and Anglo-American relations were inter-linked.

About the Author: Bernadette Whelan

Bernadette Whelan is Professor Emeritus in History at the University of Limerick, Ireland and a Member of the Royal Irish Academy. She is the author of publications including Ireland and the Marshall Plan, 1947-57 (2000), American Government in Ireland, 1790-1913: A History of the US Consular Service (2010) and joint editor of Documents on Irish Fo...