Algorithms Reaching into Society, our Bodies and our Brain 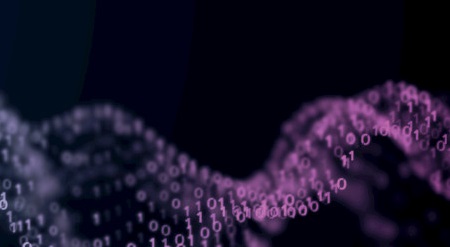 Just a few years ago, who would have thought that algorithms would be regularly making important decisions once made by humans, and they would be so complex that we would not be able to fully understand how they made their decisions (even though we rely on their decisions in life-threatening situations). And further, that algorithms would be operating within our bodies? I think this is just the beginning of the algorithmic revolution and we humans shouldn’t be surprised. This is because algorithms have actually been around for a very long time, we just didn’t recognize them. Essentially the evolution of life, is a full display of algorithms directing the actions of cells that make up our bodies. So, this means that below the level of consciousness there are trillions of algorithmic processes constantly occurring within our bodies. Thus far, the law hasn’t shown much interest in the algorithms operating within our bodies, with the exception of the question of whether algorithms are a process of nature and thus not patentable subject matter. But there are other legal issues impacted by the use of algorithms. For example, it is also the case that algorithms have been encroaching upon areas once thought solely to be within the domain of human creativity. On this point, algorithmic-based systems now write poems, news stories, and even novels. Algorithms, may also create paintings that reflect the style of the great Renaissance masters and they sometimes compose original music. If the issue is who owns the rights to such creative works (and that is an issue), it seems quite reasonable to conclude that the programmer owns the rights, or at least the owner of the software or computer providing the platform for the algorithm(s) which created the original works. But algorithms pose unique challenges to the law of intellectual property. For example, if an algorithm, learning on its own, creates a work of authorship, or invention, who is the owner? Under patent or copyright law, the owner cannot be a non-human entity, yet an algorithm operating autonomously from human input or control was the author or the inventor. This is not a neglected topic within law, but being actively discussed within the EU, US, Asia, and other jurisdictions. Moving on, what about the important topic of algorithms and fundamental rights, we all have rights, including constitutional and human rights. Considering our rights, it turns out that human biases have crept their way into the algorithms that make decisions which may affect people’s basic rights. So, for example, if an algorithm is trained with data that has inherent biases, then those biases may be expressed through an algorithm making decisions which affect humans. This is an important area of discussion within legal academia and an area where industry must be involved. Now, what about algorithms invading our bodies? By this I mean that algorithms which typically operated from the “outside” of the body are “migrating” to inside the body. How is this possible? Think for a moment about people with heart pacers, or cochlear or retinal implants, it turns out that algorithms are helping to control such systems, so clearly algorithms have breached the barrier between the outside external world and the inside internal world of the body. The heart pacer shown in the X-ray is an example.

And there will be more examples of algorithms migrating to the inside of the body, and resulting in unique legal issues. Just consider what is happening now in the development of neuro-prosthesis, such as the development of an artificial hippocampus where memory resides. Clearly, challenging legal issues will arise from such developments. For example, will a person’s memories be susceptible to editing?

And will it be possible to transmit information (such as a commercial or political ad) directly into one’s brain via a wireless connection? This may sound like science fiction, but there seems to be a trend for technology equipped with algorithms to enter the body and to be directed at the brain, in fact, a lot of research is underway to do just that. And of course, the current law will be challenged by such developments. All these examples call for what I term- A Law of Algorithms – which I have been writing about recently. What I have tried to express in this brief essay is that technology and law do not operate independently, and in the case of algorithms, the law in many different areas will be challenged. However, by addressing concerns associated with algorithms from a perspective of law, we may be able to create a more just and equitable society, laudable goals.

About the Author: Woodrow Barfield

Woodrow Barfield holds a Ph.D. in engineering, a J.D., and LL.M. A recipient of the NSF Presidential Young Investigator Award, Dr Barfield is the editor of Fundamentals of Wearable Computers and Augmented Reality (2015) and co-editor of Research Handbook on the Law of Artificial Intelligence (2018). He is currently an associate editor of the Virtua...