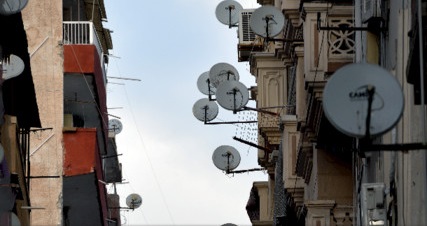 I find the realm of science a captivating enterprise to engage in. Increasingly, the importance of science is being felt today in the ongoing Covid19 pandemic.

My encounters with science started at the undergraduate level, and I realised then how fascinating it was to deal with chemical substances, equipment, plants and animals. Somehow I turned to sociology for my higher studies. I did not know that one day I would be looking at what scientists are doing.

It was sometime around 1986 that I began to watch the relationship between science and society. Since then it has become one of my core areas of interest and research. I looked at how scientists are communicating in their research endeavours. The knowledge that scientists produce is a valuable resource for both society and social scientists. My interest in this area has led to publications including my recent book, Science, Policy and Development in Africa. Cambridge University Press is publishing it in September 2020.

Accidently, I was attracted to the works of Michael J. Moravcsik (1928-1989), a Hungarian-American physicist. He researched extensively on science, policy and development in less developed countries. His book, Science Development: the Building of Science in Less Developed Countries which was published in 1975, brought me to the world of science in developing countries. I enjoyed reading his work, the above book in particular. His works are useful in understanding the connection between science, policy and development. Moravcsik believed in science for its benefits in a broader and far-sighted context in developing countries. His passion for science in less developed countries was well known. Eugene Garfield (1925-2017) called him “the ambassador of science.” Moravcsik influenced me to undertake a study of African science.

While engaged in the study of science in Africa I wanted to see how science is related to other areas such as policy and development. These three areas are interconnected, and crucial for any country. Being the home of some of the poorest countries, the continent deserved more focussed attention. I thought that showing the relationship between these three may lead to heightened awareness of science and its role in development.

It was an exciting but challenging exercise to study a continent of 54 countries. The lack of reliable and standardised data posed the biggest hurdle. Multiple sources of data were therefore to be searched and collected. I relied on scientometric data from databases. The data required was voluminous and had to captured carefully into a data management programme before it was readied for analysis. This formed the empirical foundation of the study. In addition to this, hundreds of policy documents had to be reviewed meticulously.

Science in Africa can be viewed from different perspectives. Before the connection between science, policy and development is investigated it is necessary to identify the magnitude of the production of scientific knowledge. This is to be done for both the continent and its constituent countries. Such an examination can illustrate the most productive and less productive scientific research areas.

Choosing a timeframe is always useful in tracking the production of science over a period of years, delineating the historical development or decline of science. Data was therefore analysed for the period of 1945-2015. In the end, the strengths and weaknesses of Africa in general and African countries in particular were revealed. For example, the strengths of Africa in the areas of chemistry, engineering, physics, infectious diseases and pharmacology were evident. Country-wise analysis further exposed the unique strengths of African countries. The production of science is undeniably influenced by certain decisive factors, namely, the expenditure on research and development, literacy, enrolment, higher education and the research environment.

Science is a collaborative activity. Scientists from different parts of the world work together towards a common research objective. They share data, equipment, skills and experience. In some cases hundreds of scientists work together on a single research project. Geographical boundaries are no longer a problem for such research collaboration. Research collaboration for Africa, as the analysis indicated, has been crucial for the development of science. Similarly, other countries have also benefited from collaborating with Africa. The study shows the major partnering countries of Africa.

Going further, the study focussed on the major themes: science, policy and development. The analysis presents the strong links that exist between the investment and development in science, policy formulation and national development. Having seen the connection, the challenges and potential for Africa are detailed. Yes, Africa has a long way to go in the production of science and in applying science for its own development. I am glad that I was finally able to complete this study in order to encourage interested scholars to conduct more research in this area and in other contexts.

About the Author: R. Sooryamoorthy

R. Sooryamoorthy is Professor of Sociology at the University of KwaZulu-Natal, South Africa. A scientist accredited to the National Research Foundation, he is the co-author of Science in Participatory Development (1994) with Mathew Zachariah and author of Transforming Science in South Africa (2015), and Networks of Communication in South Africa (20...