A New Beginning for Human Rights? 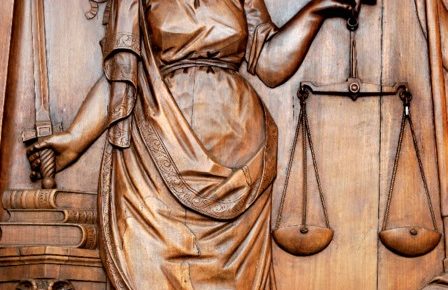 These are the alarming titles of some recent books on human rights. And indeed, for those who believe in human rights, the world looks grim. The rise of authoritarian, populist leaders and the decay of the rule of law; the strengthening of state borders, and not only since Covid-19 or the 2015 refugee crisis; the criticisms that courts such as the Strasbourg Human Rights Court increasingly face; the degradation of humanity’s habitat as a result of what is now called the Anthropocene. All these developments suggest that the heyday of human rights is over and that we are approaching a post-human rights era.

But perhaps this is an overhasty suggestion. Indeed, since its modern rebirth in 1948, human rights have increasingly become a matter of conventions, laws and courts and these institutions are under attack. But the Universal Declaration of Human Rights, drafted under the leadership of the formidable Eleanor Roosevelt, certainly does not belong in the dustbin of history. It was and remains a document that inspires, as beautifully demonstrated recently by the composer Max Richter in his new album, called voices. The Universal Declaration arose in the specific context of the end of World War II, which had left the world in tatters. Against this bleak background of ruin, both physical and moral, the UDHR was a beacon of hope for a better world. It can still fulfil function for us, in our bleak times, if some key misunderstandings are set aside.

The Universal Declaration does not focus, as is often suggested, exclusively on individual civil and political rights, but it emphasises the importance of social rights and even human duties as well. Thus, it does not invoke an implausible, but at present widely-held, view of the human being as primarily an isolated being who is solely concerned with his self-interest. Instead, it situates human beings as social beings. Obviously both aspects of human nature are not always in harmony, as is acknowledged by Immanuel Kant’s famous dictum on the unsocial sociable nature of human beings. On the one hand, human beings enjoy having things, including other human beings, their own way, but on the other hand they desire to socialise with others and to establish common lives. They are even born that way. This desire to live according to one’s own standards and to simultaneously enjoy a common life with others inevitably leads to conflict and tension. That is what human beings and their societies have to deal with. Is there a magical formula to solve the conflicts that follow from this tension? Unfortunately not. Conflicts need to be solved by a mutual give and take. For this, the Universal Declaration remains a fantastic guide, by formulating not only what human beings can claim from one another and their societies but also by stressing what they owe to each other and to their communities.

About the Author: Thomas Mertens

Thomas Mertens is a specialist on the relationship between law and morality. He has published extensively on human rights, Kant's moral and legal philosophy, the just war tradition and law and morality in Nazi-Germany. He teaches at Radboud University Nijmegen and has also held adjacent positions at Leiden University and Catholic University Leuven....

Why Arbitration in Business and...