Aegean Linear Script(s): Rethinking the Relationship between Linear A and Linear B 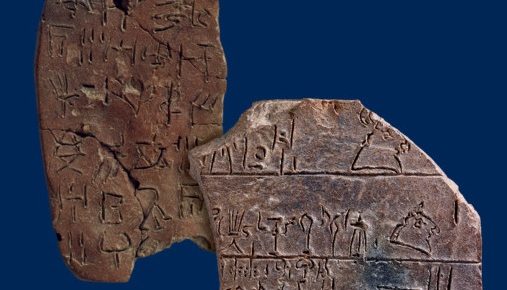 When does a continuum become a divide? This book investigates the genetic relationship between Linear A and Linear B (henceforth LA and LB), two Bronze Age scripts attested on Crete and Mainland Greece and understood to have developed one straight out of the other. By using a highly interdisciplinary methodology, I integrated linguistic, epigraphic, palaeographic and archaeological evidence, and placed the writing practice in its socio-historical setting.

The LA and LB scripts sit within the broader context of writing and writing practices in use in the Late Bronze Age Aegean. LA is the older, attested in the period 1800-1450 BCE, while LB is slightly later, spanning 1400-1190 BCE. Geographically, LA has been found on Crete and the Aegean islands (with some sporadic attestations in Mainland Greece and Turkey), whereas LB only occurs at two sites on Crete (Knossos and Khania) and in Mainland Greece (widespread, within the area that in the 1st millennium was Greek-speaking). Functionally, LA is inscribed both on administrative objects (mostly clay tablets used for accounting purposes) and non-administrative ones (vessels, religious objects, jewellery), while LB shows a more restricted usage as limited to the bureaucratic purposes of palatial administrations (clay tablets and some vessels). Of the two, only LB has been deciphered and shown to render an archaic form of the Greek language, while LA represents the still obscure, ill-understood Minoan language, which has yet to be deciphered.

The earliest evidence for LB comes from Knossos at a time when LA had apparently already ceased to be used. Despite a striking time-gap where neither of the two happens to be attested (c. 1450-1400 BCE), there is sufficient evidence, both palaeographic and epigraphic, to hold that LB is derivative from LA. However, the precise nature of this relationship has not yet been accurately understood: which changes occurred when LA was turned into LB for the purposes of writing down another language? How can we account for the similarities and, more interestingly, the differences? These are among the questions my research addresses and aims at casting some light on.

By challenging traditional views, this work has called into question widespread assumptions and interpretative schemes on the relationship between LA and LB and, as a result, has put forward two interpretative models for rethinking this relationship. One model examines the structural characteristics of these two writing systems, while the other assesses palaeographic features for comparative analysis (on the palaeography of LA see also my database under construction: SigLA – The Signs of Linear A: a palaeographic database, open-access at: https://sigla.phis.me/). The combination of these two models strongly suggests that LA and LB are more closely intertwined than had hitherto been assumed and unlikely to represent self-contained systems, as generally thought. As a result, these models emphasise strong continuity within the writing practice as a whole, on structural, palaeographic and phonetic (in terms of continuation of sound values) levels. This understanding in turn opens up new perspectives on the ideology associated with the retention of a script, matters of identity and how identity was negotiated at the very moment when Cretans and Greek-speaking Mainlanders came into closer contact in the Late Bronze Age, and at the same time it can give us productive insights into societal interaction.

About the Author: Ester Salgarella

Ester Salgarella is a Junior Research Fellow at St John's College, Cambridge and in the McDonald Institute for Archaeological Research, specialising in Bronze Age Aegean scripts....