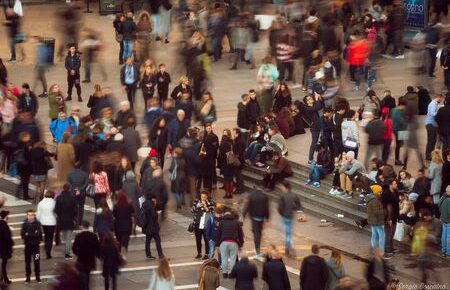 Rites of aggression have another, more intricate form, which we intend analysing in detail in later blog entries – and we are only mentioning them here to properly position our later discussions. These interactional rituals include those which we use to reinstate our social right for ritual inattention and safety in a more general sense. Often, we have to remind other people of our rights and their social obligations. These reminders are anchored in ritual and can take place in the form of rituals (e.g. when we communally ‘tell off’ someone). If these reminders are in the form of aggression – for instance, if we challenge someone whom we consider to be a covidiot – we may end up acting aggressively. This form of aggression, however, is likely to be socially endorsed, and, in this sense, it is reasonable to distinguish between socially endorsed and condemned forms of interactional rites of aggression.

In the wake of social distancing, how can interactional rituals that would normally be considered to be aggressive be reframed as socially acceptable forms of behaviour? In the following entries of this blog series, we will attempt to answer this question.

About the Author: Dániel Z. Kádár

Daniel Z. Kadar (D.Litt, FHEA, PhD) is Research Professor and Head of Research Centre at the Research Institute for Linguistics, Hungarian Academy of Sciences. He is author/editor of 25 books published by internationally leading publishing houses, and he has also published a large number of academic papers in high-impact international journals. His...

About the Author: Juliane House

Juliane House received her PhD in Applied Linguistics from the University of Toronto and Honorary Doctorates from the Universities of Jyväskylä and Jaume I, Castellon. She is Professor Emerita, Hamburg University and is currently affiliation as Visiting Professor at the Hungarian Academy of Sciences. She is co-editor of the Brill journal Contras...