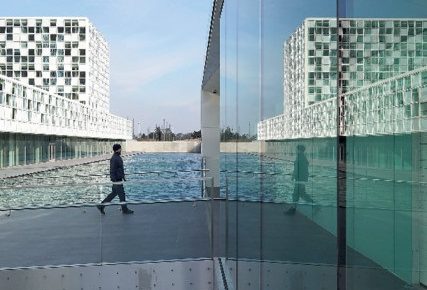 Oumar Ba is the author of States of Justice: The Politics of the International Criminal Court. In this Q&A, he discusses his research and his current work, and gives us an insight into his writing process.

How would you like someone who has read your book to sum it up in one sentence?

Did your research take you unexpected places?

My research focuses on how the world governs atrocity crimes. So, this project took me to places where I heard stories that I’m still not sure how to write them, or whether I should write them. I stood at the site of a church massacre that has become a burial ground in Kiambaa, a small town in the Kenyan Rift Valley. I tried to reflect on being there and make sense of my thoughts within the disciplining constraints of academic conventions in this article. I also did fieldwork in Gulu, Northern Uganda and spoke to people there about the atrocities committed by both the LRA and the Ugandan security forces. I also went to Timbuktu, and believe it or not, travelling there felt like I was going to the end of the world, even though I grew up in neighboring Senegal. Sitting in the tiny “IKEA courtroom” in The Hague – the ICC has since moved to bigger premises – and watching the trial proceedings of “individuals charged with the gravest crimes of concern to the international community” was also an interesting experience.

Which writing process do you use (computer, longhand, dictate, other)?

I write on a computer. And in many ways, I read and write at the same time. And I spend way more time rewriting and editing my text than actually writing. So, writing on a computer and having all the fragments of text splattered on the cloud makes the process easier. I don’t dictate because Silicon Valley hasn’t still figured out how to hear weird accents like mine.

I’m currently working on another book project that analyzes the current crisis of the international criminal justice system as a fundamental feature of the regime and asks what international justice would look like if we decentered The Hague. My second major project is to continue my reflection on African agency in world politics, looking specifically at the ways in which African states used the UN General Assembly as a forum to assert their agenda for decolonization both in a historical context but also but also in contemporary debates.

If you could have been the author of any book, what would it be?

A book that my family would (care to) read.

Beyond academic books, what do you enjoy reading?

I have always been an avid reader of fiction. But these days, I don’t read novels as much as I would liked. I also enjoy reading books on international affairs written by journalists (excluding those by the New York Times Africa correspondents)

Which intellectuals would you invite to a dinner party?

Frantz Fanon, Amílcar Cabral, Angela Davis, Souleymane Bachir Diagne, Miriam Makeba, Ahmed Kathrada, and Arundhati Roy. And I hope none of them is allergic to peanut, because I would cook some mafé.

About the Author: Oumar Ba

Oumar Ba is an assistant professor of political science at Morehouse College, in Atlanta. His research focuses primarily on the global governance of atrocity crimes and Africa’s contributions to and contestations of the international legal order. His book States of Justice: The Politics of the International Criminal Court (Cambridge, 2020) posits...