If law is not an island, why does legal education remain so isolated? 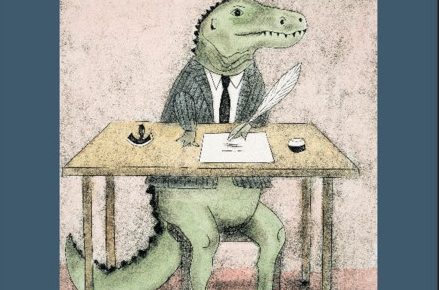 What was once characterised as a relatively stable profession, unfettered by the influence of modernity and strongly resistant to external forces, the legal services sector has in recent years exhibited marked change. Key among these changes has been the profession’s growing receptiveness to digital technologies. Change is also seen in the type of recruit that large firms are seeking, and the moves being made by Firms to diversify their hires, from recruiting PhD qualified scientists to assist with patent disputes, design thinkers to assist with innovation consultancy, project managers to deliver process orientated change, and technologists to assist with emerging legal technology initiatives.

Law Firms are becoming incubators for multi-disciplinary collaboration in a way that they never previously were. Such change have been a longtime in the making, with Jones commenting in 1988 that legal practice was shifting from a model in which there were clear distinctions between “legal” matters on which the lawyer focused and “business” matters that were “the province of the client”, to the emerging lawyer, who was “almost as likely to be focusing on economic, scientific, financial, or political questions as on strictly legal issues”.[1]

This transition recognises that legal problems do not exist within a vacuum. Law firms increasingly provide services, which are not solely ‘legal’. A merger and acquisition is not just a legal process, but a process which demands a degree of financial, strategic and interpersonal finesse. A patent law dispute is not separate from the scientific complexities of the alleged infringement. Wills and Estates work is not only about executing a legal task, but about doing so in a way that protects assets and provides a client with requisite assurance. Contract law is an exercise in risk forecasting and balancing competing interests. A large due diligence project may involve project management skills, the ability to accurately cost the project, to remain responsive to clients needs and, in many cases, to interact with a myriad of software and technology solutions or to find solutions in instances where a client does not want a particular software or technology used. The legal needs of clients, whether an individual, company or public agency, arise within a context that stretches beyond the law and subsequently involve skills that go beyond legal reasoning.

Why then has academia been so slow to facilitate opportunities for law students to acquire a more holistic set of skills? In a number of jurisdictions this is partly attributable to the separation between academic and vocational law. Academia has encouraged the study of law as a liberal art, rather than solely as a means to a vocational end. Yet, the majority of students who pursue a degree in law do so because they wish to pursue a legal career (even if this trend is changing). As the legal profession continues to evolve, we must consider whether an LLB is adequate preparation for the increasingly competitive legal job market. This is particularly true in respect of legal technology, where much of the academic discourse is lawyer-centric. Far more is said about how to teach lawyers tech skills and far less is said about whether we should instead teach computer scientists legal skills. As Law schools dither over how to incorporate new skills into the curriculum, the LLB becomes increasingly detached from the modern hiring practices of Law Firms who are demanding ‘more’ from applicants.

The US delivers legal training as a post-graduate degree, a number of Australian Universities require that law be studied as part of a double degree. These approaches necessarily demand a longer training path and this has implications for the accessibility and financing of education. At the same time these approaches also recognise that law is not an island. In the face of change, legal educators have a responsibility to prepare students for the future by anchoring legal education within a broader archipelago of skills. This requires an inter-disciplinary approach to legal education and scholarship that Law Schools have not always welcomed, but that student and industry demand will inevitably demand.

About the Author: Catrina Denvir

Catrina Denvir is a Senior Lecturer at the Department of Business Law and Taxation, Monash University, Victoria. She was previously Inaugural Director of the Legal Innovation Centre at Ulster University. She is a graduate of the University of Melbourne, the University of Cambridge, and holds a Ph.D. in Law from University College London....