Boredom, Death, and the Meaning of Life 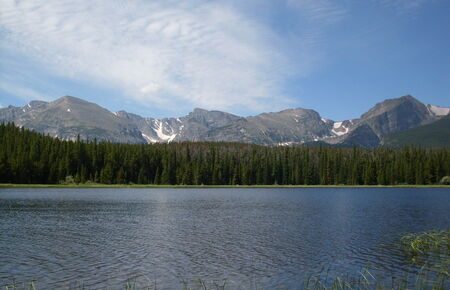 Boredom
“How dreadful boredom is,” declared Soren Kierkegaard in Either/Or. He didn’t say whether he was referring to everyday boredom or whole-life boredom. We might regard the first as merely unpleasant—we can’t wait until an uninteresting lecture gets done, or we don’t know what to do on a slow Saturday afternoon. In whole-life boredom, however, nothing about our lives interests us. Nothing seems worthwhile. This boredom can produce dread.

Why don’t we just shrug our shoulders when whole-life boredom strikes us? The answer is that most of us, most of the time, are “hungry for significance,” to use John Cottingham’s words in his The Meaning of Life. “It is intolerable that life should consist of one darn thing after another.”

Death
The thought of death can also produce dread, sometimes even acute terror, making our hearts thump and our hands clammy. “The idea of death, the fear of it, haunts the human animal like nothing else,” declares Ernest Becker in The Denial of Death. It is so terrifying, Becker states, that we use numerous “immortality projects” to try to beat death away—monumental undertakings, acquisition of fame or wealth, everyday enterprises, anything that will make us feel that we are heroes whom death cannot clutch. None of them work, though. We still die.

Meaning
What can we do with boredom and death if we do not believe in a divine creator or an afterlife? We can pursue projects that have intrinsic value, exercise the human penchant for creativity, strive to exemplify as many intrinsically good virtues as possible, and give and receive love. In doing these, we would, indeed, find meaning. That meaning would be enhanced significantly, though, if we believed in a divine creator who has made us with desires for intrinsic goods and right and valuable pleasures—goods and pleasures that can be acquired in the four ways just mentioned. It would also be enhanced if we believed in an afterlife in which we unremittingly experienced intrinsic goods and valuable pleasures while being intimately involved with a divine creator in doing so.

Troubling Paradoxes
Though we humans crave for our lives to be meaningful, we often evade thinking about meaning and, paradoxically, do things that undermine our pursuit of meaning. We let ourselves be driven by ulterior motives, succumb to the lure of the “crowd,” and become impaired by suffering and constricted circumstances. Though we desire what is good, we also resist it.

How Should We Live So as to Die Well?
In Leo Tolstoy’s The Death of Ivan Ilyich, Ivan became terrified when he learned, at age forty-five, that he was headed toward death because of a protracted illness. He asked himself whether he had lived as he ought to have lived. He had been a judge who relished the power to crush those who appeared before him in court. His most loved pleasures had been misplaced. He had had excessive self-regard. As Ivan slowly realized that these may not have been the “real thing,” his moral agony outstripped his physical pain. He howled desperately for three days. He thrashed his arms about wildly. Two hours before he died, though, he suddenly became able to admit that his life had not been right. He became attentive, experienced joy, and ceased to fear death.

Tolstoy’s narrative vividly depicts the truth that one must live well to die well and that specific intrinsic goods and right pleasures are indispensable to dying well. Those who believe in a divine creator and an afterlife will add that, because believing in these enhances the meaningfulness of one’s life, it can decrease the anxious agitation one experiences at the thought of one’s own death.

About the Author: Clifford Williams

Clifford Williams is Emeritus Professor of Philosophy at Trinity International University. He is the author of Free Will and Determinism: A Dialogue and Existential Reasons for Belief in God....