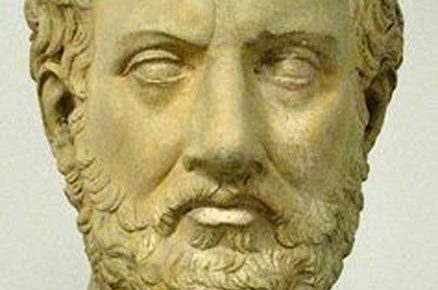 In addition to the medical and economic aspects of the current crisis, the psychological challenges it poses have over recent weeks increasingly claimed our attention. Even if one is not affected personally, how does one cope with this crisis mentally? How does one deal with its consequences in everyday life, with the anxieties and concerns, the practical restrictions, the tensions in personal relationships, the isolation from family and friends?

It’s intriguing that this crisis coincided with Lent, the traditional time of fasting and abstinence in preparation for Good Friday and Easter. Usually at this time of year, people choose to abstain from what they consider bad habits such as eating too much chocolate, drinking too much alcohol or coffee, or spending too much time on the internet; and many do this not just for health reasons but as an exercise in self-discipline, an expression of sympathy with suffering and poverty in the world or in order to focus on spiritual values. This year, Lent was sobering in a way which most of us have never experienced before – and it’s not over yet: we have had no choice but to abstain even from good habits such as visiting family and friends, and the suffering of the world is brought home to us most forcefully on a daily basis, when the first thing we read when we look at the news is the number of yesterday’s casualties.

One is reminded of the athymia, the despondency and lack of courage which the historian Thucydides refers to in his well-known account of the Athenian Plague (430 BCE), a text which, inevitably, comes to many classicists’ mind these days. For all the differences compared to Covid-19, it’s the parallels that are particularly striking, especially the effects of the disease on society. Thucydides observes the initial helplessness of the doctors, and the fact that many of them died as a result of treating patients; he vividly describes the sense of despair that spread all over the city and the breakdown of good habits and laws (anomia), in particular the anonymous and disrespectful treatment of the bodies of those who died of the disease.

Yet the parallel is not without encouragement. For there were also people in Athens who survived the disease and who, without being aware of the concept of immunity, assisted in the care of the sick. Among them was Thucydides himself, and this enabled him to observe, and record in meticulous detail, the course of the disease and its social and psychological consequences. It led to the production of one of the greatest literary accounts of epidemic disease in (medical) history – arguably as fascinating as Camus’ La Peste, which has suddenly become a bestseller. Thucydides wrote it with the intention that future generations would recognise the recurring patterns whenever disease would strike again, and be prepared to take appropriate action. The city of Athens, too, overcame the disease, though with very considerable damage to resources and morale.

Subsequent accounts of plague from late antiquity and the Byzantine period have largely followed Thucydides’ example. Yet in early Christian descriptions of the numerous epidemic diseases that haunted the Roman Empire a new element appears: philanthropia, perhaps the ancient equivalent of what we refer to today as ‘solidarity’, expressed in a great variety of measures taken by governments, churches, relief organizations and individuals – not only medical and financial, but also psychological and pastoral in the form of practical support, live-stream religious services and podcasts. Right at a time when the need for social cohesion is so great, this is one of the things that spreads hope and courage (thymos).

PHILIP VAN DER EIJK is Alexander von Humboldt Professor of Classics and History of Science at the Humboldt University, Berlin and has published on the history of medicine in the ancient world....