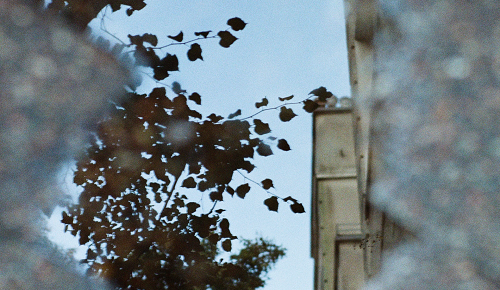 It’ll be quiet in town now; unnaturally quiet – as when you catch it at that early hour when the few people about are either straggling home from clubs or turning in for the first shift at work. But there are no clubgoers now, only our ‘key workers’ whose social status stands in inverse proportion to their wages; the world turned upside down. There is a rustle though – you can hear it in Liverpool city centre, and in cities the world over; perhaps it’s the sound of history re-entering the social order that has been naturalised over the past forty years. You don’t have to tell Liverpudlians that things can be different, that values can triumph over adversity, that solidarity trumps economic necessity. You don’t have to tell us that fate can be cruel, that the State can be incompetent, that governments lie. That we know; we went through Hillsborough.

The truth is, we’re waiting to party. Last year, when Liverpool won the Champions League for the sixth time (that would be six, for our friends from down the East Lancs Road), a million people gathered in an unending celebration of a wonderful season capped by victory over a team from London (and Barcelona in the semi-finals, from 0-3 down). I say unending celebration because it’s carried on for the whole of this season too as we’ve watched our glorious, scintillating, just joyous team batter the opposition playing football as it should be played. And now – 25 points ahead, two wins needed to clinch it, nine games to go – it looks as though it will be snatched from us. No title, no parade, no party to end all parties.

The word that’s being used is ‘tragedy’. But it won’t be a tragedy; a travesty perhaps, but not a tragedy. Bill Shankly, one of our greatest managers, once joked that ‘football is not a matter of life and death; it’s much more important than that’. That stopped being funny after Hillsborough. Jurgen Klopp, our current manager – honest, funny, passionate, human – told it like it is: ‘football is the most important of the least important things’. Important? Yes, for millions of Liverpool supporters across the globe, it matters – it matters a lot. But a tragedy? No, not that; tragedy is the needless loss of human life and all the suffering that goes with it.

The city of Liverpool is no stranger to historical tragedy. It has a museum on its waterfront to mark its horrible prominence in the Slave Trade. And in the centre of town, there is a beautiful old bombed out church – St Luke’s ‘the bombdie’ – preserved as a memorial to the Nazi blitz that devastated Liverpool in 1940-41. In its grounds stands a memorial to An Gorta Mór – The Great Irish Famine – which also had such an impact on the city. And then there is Hillsborough, marked by a formal stone at Anfield, but really, in the air of the place. So yes, real tragedies, all the world about. They used to say in the 1980s, when Liverpool stood up to Thatcherism (and lost), that it was the city that dared to fight. Actually, it’s stronger than that. Liverpool is a city that has always dared to hope.

We’re hoping for a party; if not this year, then next. Come to town; it’ll be loud.

About the Author: Tony Crowley

Tony Crowley did his undergraduate and doctoral work at Oxford and arrived at Leeds after stints at Southampton, Manchester (Chair of Language, Literature and Cultural Theory 1994-2004 and Scripps College, California (Hartley Burr Alexander Chair in the Humanities 2004-2013). His work covers a number of distinct but often over-lapping fields, incl...