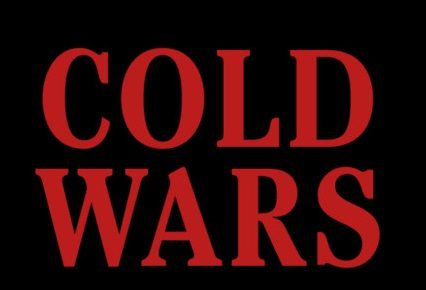 What was the Cold War that shook world politics for the second half of the twentieth century?

Customarily, the short answer is that the Cold War was either a clash between the Soviet and superpowers or a conflict between communism and capitalism. But is this really the case? Were the superpowers really so powerful that they could determine the course of the second half of the twentieth century?

The outbreak of the Korean War in 1950, the Berlin Uprising in 1953, the Hungarian Revolution and the Suez Crisis in 1956, the Sino-Indian Border War in 1962, the June War in the Middle East in 1967, the Tet Offensive in 1968, the Sino-Soviet border clashes in 1969, the October War in 1973, and Anwar Sadat’s visit Jerusalem in 1977 all surprised the superpowers, and in some cases even caught them off guard.

I have often found myself being startled when I was reading the documentary record of Soviet and American high-level decision-making. The original documents in Russian and English reveal that leaders in Moscow and Washington often were just reacting to sudden developments in world politics. While either side amassed great military capabilities between 1945 and 1989, each recurrently ended up being just a flabbergasted bystander or even powerless actor in the Cold War. Just think about two major Cold War conflicts in the 1970s and 1980s. The United States lost the Vietnam War despite having the largest number of nuclear warheads; the Soviet Union lost the Afghanistan War despite having the largest number of nuclear missiles.

This obvious paradox between capabilities and actual influence provoked me into rethinking power and agency in the Cold War.

I wrote Cold Wars: Asia, the Middle East, Europe to reassess the global conflict with a focus on agency by middle powers and smaller actors in those world regions, where the largest number of the major conflicts occurred during the Cold War. Many of these conflicts had their roots outside of the Cold War, though they still intersected with the global conflict.

The Cold War started between the Big Three at the end of the Second World War. The United Kingdom, the Soviet Union, and the United States were great powers in a class of their own in 1945. Within 20 years, London declined as a great power while Moscow and Washington formed a new class of superpowers on the basis of vast numbers of nuclear weapons. Concurrent with these changes at the top of the world system, middle powers and smaller actors carved out local room to maneuver which allowed them to shape and transform the structures of the regional Cold Wars. By the early 1980s, the regional conditions for the end of the global Cold War all were in place in Asia, the Middle East, and Europe—as the collective result of regional developments caused by middle powers and smaller actors. It still took the superpowers to understand this until the late 1980s when they finally ended their antagonism.

With Cold Wars: Asia, the Middle East, Europe I want to provoke readers into rethinking established categories of interpretation of the recent past. My change of focus from the seemingly all powerful superpowers to the exploration of the historical background and the long-term political goals of the less powerful significantly modifies our understanding of historical developments in the second half of the 20th century, but also helps to expound the emergence of the current world.

About the Author: Lorenz M. Lüthi

Lorenz M. Lüthi is Associate Professor at McGill University, Montréal, and is a leading historian of the Cold War. His first book The Sino-Soviet Split: Cold War in the Communist World (2008) won the 2008 Furniss Award and the 2010 Marshall Shulman Book Prize. His publications on the Vietnam war, Asian-African internationalism, and non-alignment ...