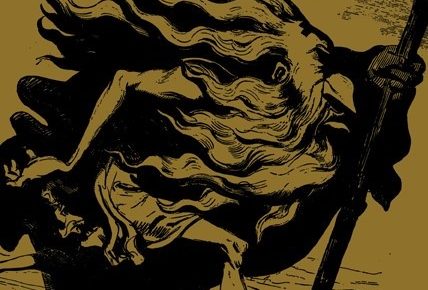 Blogging about anything in the context of a global pandemic seems rather hopeless. It doesn’t help that I have chosen to blog on a book published (in its final edition) twenty-five years ago. Why on earth (if you will excuse the expression) should this matter? As I am currently recovering from the coronavirus, this question preoccupies me. What has led me back to Constructions of ‘the Jew’ in English Literature and Society: Racial Representations 1875-1945? Surely there are more important things to blog about?

It is this abiding sense of writing on something of little or no consequence that has led back to my first monograph. I was told repeatedly, during the research on the book, that I did not have a subject to write on. After all, Britain was supposedly the most ‘tolerant’ of societies and its literature was a bastion of humanity. The British Union of Fascists was clownish and a few European-influenced antisemites did not threaten the Mother of Parliaments. Any serious book on antisemitism needed to look to the medieval blood libel, or the Russian pogroms, or the Dreyfus Affair, and, above all, to the rise of Nazi Germany. Britain hardly featured in such company not least as its colonial history was where the question of racism was most acute.

Given the negation of its subject, my book had to do two main things to make sense. First, it had to move away from teleology with antisemitism no longer exclusively understood as potentially genocidal leading to industrialized killing at Auschwitz. Second, and related to this, it had to contextualize antisemitism as part of mainstream liberal culture which divides Jews up into ‘good’ and ‘bad’ citizens. Read any memoir, diary or collection of letters –by authors of all types before the Second World War—for evidence to back-up this claim. Such outpourings were equivalent to unregulated social media.

But can antisemitism still be thought of as marginal and unBritish? The Labour party is currently being investigated by the Equalities and Human Rights Commission (EHRC) for institutionalized antisemitism. So where does that leave the argument in my book that British antisemitism (or ‘semitic discourse’) is part of ordinary, everyday culture?

I have spent rather too much time on social media where, scarily enough, the historic voices that I first discovered have been given a new lease of life. Jews are once again divided into ‘good’ and ‘bad’ mirror-images of each other. None of this is unusual. Gender stereotypes are similarly bifurcated (‘angel/whore’) as are racial stereotypes (‘noble/savage’). One side does not exist without the other.

That is why Jeremy Corbyn validation of the many ‘good Jewish’ groups which supported him was a grave error. It enabled many of his followers to circulate a ‘bad Jewish’ counterpart who was supposedly all-powerful and conspiring against their leader. ‘Good Jews’ are self-proclaimed universalists, anti-colonialists and anti-Zionists as opposed to their mirror-image, the nefarious ‘bad Jew’. Such is the zero sum game, which has always been part of British culture, and which has been reinvigorated in recent years. No wonder the new leader of the Labour Party, Keir Starmer, has made it a priority to root out the culture of antisemitism in his party.

About the Author: Bryan Cheyette

Bryan Cheyette is professor of modern literature and culture at the University of Reading. His eleventh book The Ghetto: A Very Short Introduction (OUP) is out in the autumn (present circumstances allowing)....