The Afghanistan Investigation and the International Legal Order 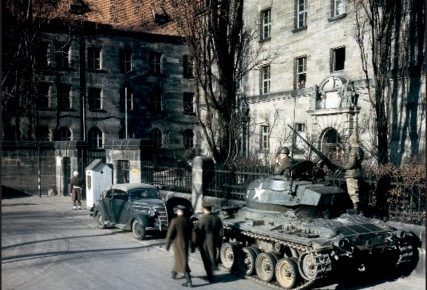 The International Criminal Court (ICC) has the dubious honor of being among the most visible focal points for conflicted U.S. attitudes toward the international legal order. Tensions between the U.S. and the ICC, never entirely absent, have now been renewed after the ICC Appeals Chamber authorized the long-delayed investigation into alleged war crimes committed during the war in Afghanistan—including by U.S. armed forces and CIA personnel. That decision represents the culmination of a complex debate over the law and politics of an ICC investigation into the body’s most powerful and persistent critic.

The entire project of the ICC encapsulates the challenge of constructing a global order capable of subjecting its most powerful members to some notion of the “international rule of law.” But leading states still contest what this should mean. The U.S. position in this contest is shaped by long-established American foreign policy ideologies, which drive disagreements over the meaning of law both between American policymakers and their global counterparts and among American policymakers themselves. It is this ideological competition that can illuminate what Patryk Labuda describes as “growing philosophical disagreement within the ICC,” as expressed in recent decisions.

In April 2019, the ICC Pre-Trial Chamber (PTC) unexpectedly refused authorization for the Afghanistan investigation, which it deemed contrary to “interests of justice” under the Rome Statute. The PTC controversially interpreted this statutory requirement to encompass a pragmatic assessment of whether successful and timely prosecution would be possible; the chamber concluded this was unlikely in circumstances of “scarce cooperation” by the United States and other parties. Thus, although relevant requirements for jurisdiction and admissibility were met, the PTC rendered the geopolitical dimensions of sustaining “the overall credibility of the Court, as well as its organizational and financial sustainability” as a legally relevant bar to proceeding.

This balancing of normative considerations with institutional self-defense is an intriguing case study in an era when the global legal system as a whole faces corresponding strategic choices. The PTC decision never explicitly cited U.S. opposition to the ICC, but the chamber’s intent became clear in its emphasis on “changes within the relevant political landscape” that it felt were likely to hinder the investigation, including “in key States” not party to the Rome Statute. The subsequent appeal of the decision by the Office of the Prosecutor (OTP) further highlighted the “undue weight” given to the importance of U.S. cooperation relative to other states. Labuda observed that, “in avoiding a clash with the world’s superpower, this decision serves primarily the ICC’s own institutional self-interest”—which, for Luis Moreno Ocampo, “thus transformed a political consideration into a legal requirement.”

Nonetheless, it would be too simplistic to dismiss the PTC’s consideration of political processes as merely politics displacing law. The PTC’s turn to less formalistic jurisprudence mirrors the type of policy-conscious reasoning that has long defined American international law scholarship and practice. Policymakers from a range of ideological positions have consistently expressed their beliefs that exceptional U.S. power and values are foundations both for effective international criminal justice and for the wider legal system.

John Bellinger, the State Department legal adviser under President George W. Bush, devoted much effort to moderating aggressive ICC opposition toward a “modus vivendi.” Yet his acceptance of the court’s legitimacy was always tied to pragmatic reconciliation with the realities of U.S. global power. He thus concluded in 2018 that the Afghanistan investigation was “counterproductive and would only hurt the Court and the cause of international justice in the long run.” Objections to ICC jurisdiction cut across ideological lines: Bellinger’s successor under President Obama, Harold Koh, likewise warned that states that dismissed U.S. concerns in favor of legalistic ideals should remain mindful of the necessity of “making international criminal law for the real world.” Koh has long been a voice for the ideological commitments of liberal internationalism, which center on belief in an exceptional U.S. role in promoting the values that make international law work.

Despite divergent ideological positions, in other words, these leading advocates of engagement with the ICC have both rejected claims that existing U.S. privileges in relation to the court ipso facto constitute a form of impunity that undermines the ICC’s objectives. Indeed, no U.S. legal policymakers have equated the integrity of the ICC with the court’s independence from U.S. power, despite demands from global counterparts that this separation is required as a benchmark of the court’s legitimacy.

The recent Appeals Chamber decision, however, set aside considerations of strategic and institutional context and instead held that the PTC was simply not entitled to assess “interests of justice” (however defined), which remained the sole province of the independent prosecutor. In so deciding, the Appeals Chamber returned to a vision of substantive equality for all states in terms of the court’s jurisdictional regime. Kevin Jon Heller endorsed the ICC’s enhanced independence from global power distribution on the grounds that a contrary decision “would have signaled the end of the ICC as a meaningful international institution.” Yet, even Heller voiced concerns that the decision removed the PTC’s power to review the merits of OTP investigations under Article 53(1) of the Rome Statute, which states had negotiated as a condition for allowing prosecutorial independence. By so doing, Heller argued, the Appeals Chamber established “a balance of power between the OTP and the PTC that is likely to make it more difficult for the ICC to attract new member states.”

Whatever the many problems with the PTC decision, the strong U.S. backlash seems to bear out the chamber’s anticipation of scarce cooperation from parties to the investigation. The U.S. government condemned the decision as “a truly breathtaking action by an unaccountable political institution, masquerading as a legal body.” The U.S. has framed this response not as a rejection of multilateralism but, on the contrary, as “a true example of American leadership to ensure that multilateral institutions actually perform the missions for which they were designed.” Even American lawyers skeptical of multilateralism expressed their opposition to the ICC in terms of an intent to “protect international law.” John Yoo, for example, wrote that the Afghanistan decision “will erode any incentive to obey any international rules at all. The ICC’s actions threaten the only true mechanism for deterring human rights abuses.”

Perhaps this is simply hypocrisy. Yet there is extensive evidence that American foreign policy ideologies structure deeply held legal beliefs. The real question for the “international rule of law” is therefore whether the court is right to separate normative and strategic considerations—as legal policymakers outside the U.S. have argued—or, alternatively, whether U.S. lawyers and policymakers are correct that ignoring political reality will prove counterproductive to the ends of international criminal justice. Non-American legal policymakers unconvinced by the U.S. capacity for self-accountability likely agree with David Luban’s argument that the PTC decision “simply rewards the U.S. for its open hostility to the ICC” while encouraging similarly situated states to follow suit.

Yet the future of the court, and international legal order as a whole, will be strengthened by understanding and engaging with genuine ideological differences. Divergent beliefs about the structure of global power and international order are more than a political contest: They constitute an argument over multiple meanings of the rule of law. Identifying the limits set by competing ideological positions reconceives U.S. disputes with the ICC as a battle internal to law rather than as a battle between law and politics. Entreaties for the United States to abandon parochialism and accept a court guided by the rule of law should take seriously the beliefs held by American policymakers about international law and the U.S. role in global governance.

The more effective approach for those seeking to work toward legal compromise with the U.S. is to engage sincerely with American beliefs in U.S. exceptionalism, rather than through appeals to the ICC’s integrity. In 2004 the U.S. withdrew a request for renewal of U.N. Security Council Resolution 1487 (granting effective immunity from ICC prosecution for American peacekeepers) following revelations of prisoner abuse at Abu Ghraib prison in Iraq. Former Secretary of State Condoleezza Rice later lamented that the images from Abu Ghraib had diminished global perceptions of “America as something different,” a country that was able to check itself against international illegality. The scandal, compounded further by contemporaneous allegations of U.S. abuse of prisoners in Afghanistan, fatally undermined U.S. claims that the immunities provided by U.N. Security Council resolutions were proportionate to America’s role in advancing international criminal justice—resulting in the U.S. abandoning its renewal request. The incident demonstrates the power of communicating the gap between alleged U.S. crimes and accountability on the one hand, and exceptionalist claims of fidelity to rule of law values, on the other.

President Trump framed the original PTC decision as “a major international victory, not only for these patriots, but for the rule of law.” Yet the president also expressed “our position that the United States holds American citizens to the highest legal and ethical standards.” The president’s assertion is contrary to the PTC’s finding that the U.S. has systematically failed to discharge complementarity obligations under the Rome Statute—an issue that can now be examined following the successful appeal. But however the investigation proceeds, advocates of international criminal justice will be able to more effectively collaborate with the United States in working toward common political and legal ideals when they engage with the beliefs guiding American positions.

Originally published at: https://www.lawfareblog.com/afghanistan-investigation-and-international-legal-order on 6 April 2020

About the Author: Malcolm Jorgensen

Malcolm Jorgensen is a Fellow at the Berlin Potsdam Research Group 'International Law: Rise or Decline?'. He holds a Ph.D. in International Law and American Foreign Policy from the University of Sydney, where he was a Research Associate at the United States Studies Centre and remains an Associate of the Sydney Centre for International Law. He forme...

Part II: Will the Chinese Civil...

Part I: Will the Chinese Civil Code...

Part II: Will the Chinese Civil...

Part I: Will the Chinese Civil Code...

Third Party Funding will likely be...