Alexandru Grigorescu, author of 'The Ebb and Flow of Global Governance', on the international response to public health crises

In March 2020, Forbes Magazine declared the World Health Organization (WHO) “the most important influencer on Earth right now.” Indeed, one would expect the WHO, the principal international organization where governments coordinate responses to health issues, to play a crucial role during the COVID-19 global pandemic. However, not long ago, during the 2010 Cholera outbreak in Haiti that killed more than 8,000, WHO was considered by many “irrelevant,” while international nongovernmental organizations such as Doctors Without Borders or the Bill and Melinda Gates Foundation were seen as increasingly relevant.

We expect that, once the present COVID-19 crisis subsides, the performance of WHO and other organizations will be assessed based on cold hard facts. However, existing research, including my own, shows that decisions for adopting more governmental or nongovernmental approaches to global health and other issues, have also been driven by ideological battles between the most powerful states.

In 1907, the International Office of Public Health was established to deal with quarantines after multiple waves of cholera wreaked havoc across the world. This intergovernmental organization replaced the traditional nongovernmental approach to global health of the previous half century, represented by various health conferences, mainly among medical experts, rather than government officials. The 1907 debates involved disagreements between states that wanted a greater role for governments and those that preferred nongovernmental expert groups remain the main drivers of international health cooperation. 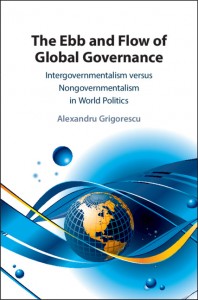 The pendulum swung back after World War I when the League of Nations (the precursor of the United Nations) originally decided to not deal with health issues and, instead, relied on the new nongovernmental League of Red Cross Societies (LRCS). The United States, that had recently turned to the American Red Cross when confronted by the Spanish Flu crisis at home, now supported the international LRCS abroad. Other states, especially the U.K., preferred a governmental approach. In 1919 governments called upon the LRCS to deal with the fast-spreading typhus fever in Eastern Europe. However, by April 1920, when it became clear the U.S. would not join the League of Nations, the other governments established an Epidemic Commission and a Health Organization that took over the LRCS’s work.

The budgets of League of Nations health institutions were among the first to be cut during the global economic depression. The nongovernmental Rockefeller Foundation stepped in, covering about half of the League’s health budget throughout the early 1930s. However, some governments considered the projects initiated with the help of the foundation as too socially activist. The League’s Health Organization director was therefore replaced and virtually all collaborations with nongovernmental organizations were eliminated.

The governmental approach to global health was maintained after World War II, when the WHO was established. Throughout the Cold War, clashes between the statist Soviet approach and the nongovernmental U.S. one influenced funding and policy decisions in the WHO and in other organizations that took on health issues, such as the World Bank.

Will the current crisis trigger yet another drastic shift in the governmental versus nongovernmental approach to global health? If so, will it result from objective analyses or from ideological battles between great powers? Moreover, will some great powers, such as the United States, take an isolationist stance and, implicitly, leave other states, such as China, to impose their preferences to international health organizations? Will these drastic shifts be dangerously disruptive for years to come?

Even if we do not experience abrupt international institutional changes after the COVID-19 pandemic, we may still see knee-jerk reactions declaring specific intergovernmental or nongovernmental organizations “irrelevant” or “very relevant,” thus eroding their legitimacy. And in the international realm, without a global government to impose decisions, such organizations rely on their perceived legitimacy for their work. While all such organizations may be making mistakes as we speak, we cannot afford to erase all trust in them.

One can only hope that the all-important analyses that are to come will focus on the specific role each type of organization can play, complementing each other’s efforts, and on finding an ideal balance between governmental and nongovernmental elements. Our conclusions may prepare us better for the next global health crisis.

About the Author: Alexandru Grigorescu