Unhinging Islam from the Middle East 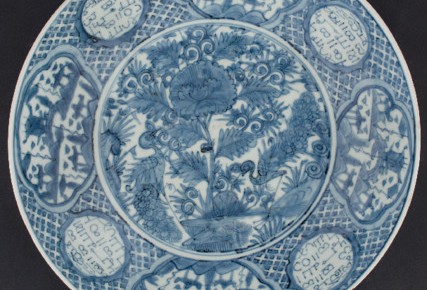 Islam is a vital part of Asia’s past and present, as Asia was and is central to Islam. Islam and Asia argues that the existence of an intra-Asian space of interaction allowed for multidirectional influences on Islamic practices and understandings at the “center” as well as the “peripheries” of the Muslim world from the 8th century until today.

I grew up in Indonesia, where Islam was always present and visible. But as an undergraduate in Italy majoring in Islamic Studies, the scope of my courses rarely stretched beyond Persia/Iran. Even more ubiquitous is the equation of Islam with the greater Middle East region in cultural descriptions and artistic experiences targeting broader audiences.

It is from such experiences that I approached Islam and Asia: A History. Detaching Islam from the “Middle East,” I offer a narrative of Asia at centre-stage in the development of Islamic knowledge. In a similar vein, the book takes on a history of Asia with Islam as the main thread.

The book cover shows a 17th century Chinese dish decorated with the Islamic confession of faith (the shahada) as well as pagodas and other typical elements of Chinese iconography using the blue and white technique now seen as prototypically “Chinese.” At first glance, we might see this as an object representative of a kind of Islamic chinoiserie or simply Chinese Muslims’ material culture. In fact, this dish is much more: on the one hand, it bears witness to commercial collaborations between West Asian Muslim traders and Chinese kilners interested in carving a niche in the Muslim Mediterranean; beginning in the 11th century, Muslim brokers imported cobalt from Persia to decorate the much sought-after, glass-like, China-made ceramics in accordance with West Asian expectations of beauty.

On the other hand, the dish also indicates the long-lasting impact of this “Muslim” innovation on Chinese aesthetic taste, as in the 14th century the Ming Dynasty embraced blue-and-white porcelain as its canon, while retaining the memory of its origins by naming this specific tone of colour huihui qing, or “Muslim Blue.”

In a similar way, Muslims from Asia were most impactful in shaping Islamic interpretations and practices in the so-called “heart” of the Muslim lands. Whereas is it obvious that Muslim pilgrims and students travelled to Mecca and Medina, the holiest sites of Islam, it is less commonly discussed how these places were also magnets for authoritative scholars from Central, South, and Southeast Asia, taking with them their own (non-Arab) perspectives.

The well-known founder of Wahhabism, Abd al-Wahhab (1703-92), hailed from the Nejd, in the center of the Arabian Peninsula, but his most influential teacher was Muhammad Hayya al-Sind (d. 1750), from South Asia. Around the same time, Shaykh Da’ud al-Fatani (1769-1847, from Pattani, today’s Southern Thailand) was very active in Mecca, eventually becoming a teacher in the inner circle of Mecca’s main mosque.

Early connections between Arabia and Southeast Asia had formed along the Indian Ocean’s trading routes, as Sumatra’s camphor, sandalwood, and aloes entered the markets of the Muslim Empire and Europe in the thirteenth century. In Arabia, their provenance was recognized as “Javan” through the toponym jawi: aloe wood was known as ‘ud jawi, and incense benzoin as luban jawi; and influential scholars from Southeast Asia carried the same epithet, like Abu ‘Abd Allah Mas’ud b. Muhammad al-Jawi. Through the centuries, manuscripts and printed materials further contributed to a rich exchange of ideas as well as goods and travelers.

Today, women religious scholars from Indonesia and Malaysia are making waves on the global scene as they interpret the scriptures based on gender equality, and use 21st century media to network and broadcast their approaches across the globe.

It is through the stories of objects, sites and individuals, that Islam and Asia interweaves a narrative in which “Islam” and “Asia” are constitutive of each other, undermining colonial approaches (also reproduced in the post-colonial era) that define “Arab Islam” as authentic and “Asian Islam” as derivative and syncretic. 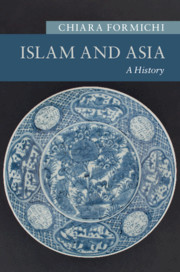 Islam and Asia by Chiara Formichi

About the Author: Chiara Formichi

Chiara Formichi is Associate Professor at Cornell University. Her publications include Islam and the Making of the Nation: S. M. Kartosuwiryo and Political Islam in 20th Century Indonesia (2012)....