Some Questions to Ask Before Disenfranchising Prisoners

In 2005, the European Court of Human Rights (ECHR) found the United Kingdom in violation of the European Convention on Human Rights for indiscriminately disenfranchising its prisoners. For over a decade, before the issue was finally settled, the court has been clashing with that country over the topic of banning prisoners from voting. The argument was often heated and raises a series of questions about morality, democratic values, and citizenship.

Let’s bracket all these questions for a second though, and try to put ourselves in the shoes of judges on the court. Before they even consider to start a war of attrition against a major European country, what should they consider? I have spent the last 15 years thinking about this problem and I came up with two very different answers: an egotistical answer and a principled answer.

The egotistical answer was explored in my book Reputation and Judicial Tactics: A Theory of National and International Courts (CUP 2015). The book is designed to address the question how international courts can build their power and influence, particularly through gaining a strong reputation that allows them to command compliance with their judgments.

What motivated the book was primarily a sense of unease from reading thousands of domestic and international judgments and thinking to myself quite often that I could have done a much better job at writing a judgment that would actually be complied with. Were the judges less able than I was as a young and cocky law student? Surely there is a better reason to what initially appears as judicial incompetence.

I argue that the reason behind a lot of badly reasoned judgments is that judges have to take calculated risks to maintain the court’s reputation. By using a reasoning that exposes their judicial discretion, judges indeed increase the risk of noncompliance just as they do by increasing their demands from states, but if they do get compliance despite such behaviors, they will send a strong signal about the strength of their reputation. This signal, in turn, would increase the court’s reputation and position it to issue even more demanding judgments in the future.

To succeed, risk-taking must be strategically planned. States that are provoked may react by noncompliance and other techniques such as criticizing the court, damaging its budget, and even leaving its jurisdiction. I have argued that the ECHR usually demands more from low-reputation states that can cause it less damage by noncompliance than from high-reputation states. The court also built its reputation slowly over the years until it was willing to take on the United Kingdom in the prisoner voting issue. When things are going well for the court, it can gradually increase its demands from states. If a judgment is demanding, the court would usually try to hide its discretion to increase the chances of compliance. 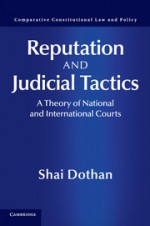 These answers left me unsatisfied, they only describe what national and international courts actually do, not what they should do. My book International Judicial Review: When Should International Courts Intervene? (CUP, 2020) is specifically designed to answer the second question.

Before providing an answer, I had to define exactly what I was asking. I could think of several different questions that hide behind the inquiry into what a principled court should do.

First, when is it legitimate for an international court to impose its decisions on democratic states? I argue that such intervention is justified particularly when the treaties signed by states do not represent the wishes of most of the states involved or when states are likely to fail to represent the people affected by their actions because of inherent problems with the democratic process. Treaties are supposed to reflect the wishes of states and states are supposed to reflect the wishes of their citizens. And they do, most of the time. But when they don’t, such as when states decide to take the vote away from prisoners and prevent them from political participation, an international court like the ECHR should be less deferent. It is not meddling in the collective decision of voters. It is protecting those who cannot vote.

Second, when can an international court reach a better decision than national bodies? I identify a unique case when that happens by using the Condorcet Jury Theorem. That theorem argues that the decision of the majority in a group of independent decision-makers is likely to be better than the decision of any single member. Scholars have used this insight to suggest that national courts should learn from each other, but if national courts heed this advice their decisions will no longer be independent and will violate the condition for the Jury Theorem to apply. In contrast, when an international court like the ECHR looks to the practices of all countries in Europe, as it regularly does under the doctrine called “emerging consensus”, it can aggregate the wisdom of many states while letting them decide independent. Unfortunately, this solution does not work when there are several possible choices and several things to consider at the same time, as Condorcet observed in his famous Paradox. Prisoner voting certainly falls into the category covered by the Condorcet Paradox, rendering the use of emerging consensus problematic in that case.

Judges may be unaware of all these calculations and yet their judgments often seem to follow both what is good for their court for the long term and what is justified for them to do. Actions that are strategically wise or that sit well with basic intuitions of justice tend to spread, but to ensure their ultimate victory and accurate application these two books are worth reading. These books can, among many other things, help a court like the ECHR to make a rational decision on the question whether to intervene and grant the vote to prisoners in countries under its jurisdiction. 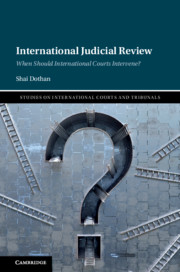 About the Author: Shai Dothan