Dialect and the making of modern China, then and now 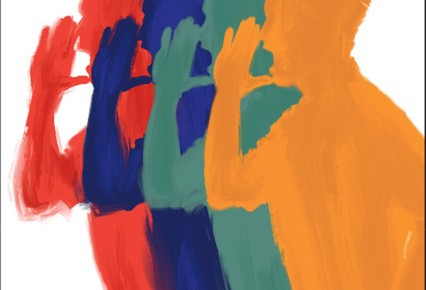 In the summer of 2019, the city of Hong Kong erupted in a sustained, large-scale protest movement that has continued unabated to this day. Sparked by a deeply unpopular extradition bill that would have allowed Hong Kong authorities to extradite accused lawbreakers to Mainland China, the protests quickly morphed into a more general statement about the identity of the post-colonial city. Surveys showed a rise in the number of residents who identify as “Hong Konger” rather than “Chinese,” implying that the protests represent the celebration of a unique, independent Hong Kong identity. Yet protest discourse also reveals a desire to reclaim what it means to be Chinese from the Chinese Communist party, which has increasingly attempted to enforce an essentialized, homogenized notion of Chinese-ness that blurs the line between ethnicity, national belonging, and loyalty to the Chinese state—or simply conflates them. Protest art that portrays historical figures like Sun Yat Sen, the father of the 1911 Chinese revolution, and the Yellow Emperor, the mythical founder of Chinese civilization, show that supporters of Hong Kong’s protest movement see it as an authentic consummation of Chinese historical trajectories.

Nowhere is this clearer than in battles over language. The language most commonly spoken in Hong Kong, Cantonese, has been deemed the unofficial language of the protests, constituting most of the slogans, wordplay, and slang. One of many Chinese fangyan, a word that literally translates as “language of place” but is most often translated into English as “dialect,” has become central to Hong Kong’s calls to reclaim a version of Chinese identity opposed to the Chinese state—linguistically represented by the official national language, Mandarin. From memes, social media debates, independent films or protest behavior, Hong Kong protesters frequently make clear that the essential qualities of Chinese identity that the Chinese state portrays, speaking Mandarin chief among them, do not capture their own sense of Chinese national belonging.

What does it mean to belong to a nation? I have always been fascinated by the way national symbols—a flag, a song, a holiday, a dessert—are capable of evoking a connection to a national community, a community artificial and invented that, somehow, smuggles into general acceptance a kind of authentic timeless existence.

Of course, all nations that project a sense of homogeneity do so in part by suppressing or subsuming the diversity that constitute it. Nowhere is this truer than in China. I was initially drawn to the topic of language reform in China because I was fascinated by how a strong sense of homogeneity was constructed so quickly and efficiently in a nation so large and so diverse. How was it, within only a few decades, that a national language had been constructed, promulgated, and transformed into a core component of what it means to be Chinese for over a billion people? Yet it was not long before my initial questions were proven entirely wrongheaded. China’s linguistic soundscape was so much more defined by diversity than homogeneity that it became incredibly and painfully clear that I was asking the wrong questions.

My book, a history of Chinese fangyan in the twentieth century, is born of the contradiction I encountered nearly 14 years ago—the contradiction between the homogeneity of Chinese expressions of identity that I had assumed and the reality of diversity that I encountered on the ground. It has led me to conclude that, in fact, the best way to understand national identity is to approach it as a place of contention and debate. As such, dialects, defined by their diversity, are central to understanding Chinese identity. On the one hand, narratives about their role in Chinese nation-building tend to frame anything outside a unified Chinese cultural practice as “non-standard” or even “obstacles” to national progress. On the other hand, competing narratives reveal that there have always been opposing groups proclaiming that Chinese national identity can be flexible and heterogenous.

These two understandings of Chinese identity have defined debates over the relationship between language and nation throughout the twentieth century. At the end of the Qing dynasty (1644-1911) many elites contended that the Chinese nation, new and potentially vulnerable to internal divisions and external colonial threats, would be strengthened by a unified sense of national identity that had to begin with language. While very few people argued that China did not need a national language, the role of China’s diverse fangyan in a nation that was suddenly meant to be represented by a national language was up for fierce debate. Though some simply accepted a subsidiary role for their local language, many others, from folklorists and historical linguists, playwrights and actors, activists and hip-hop artists, have promoted the role of fangyan in the construction of Chinese-ness. Thus despite ubiquitous pressure to equate Chinese identity with Mandarin, many contended, and still contend, that to be Chinese is to speak, write, sing and rap in fangyan. After fourteen years of attempting to understand a contradiction between enforced homogeneity and observable heterogeneity, I conclude that it is indeed the co-constructive battles between these two narratives about national belonging that have defined Chinese nationalism in the twentieth century.

These narratives are relevant still today. In addition to the transformation of Cantonese in Hong Kong into the “language of resistance,” as one professor in HK called it, several current events demonstrate the legacies of the history my book traces– the legacy of how Chinese dialects have frequently been used to counter the notion that one state-standard language can encapsulate what it means to be Chinese. From Sichuanese or Shanghainese rappers who prefer to rap in their indigenous fangyan to protests to “Save Cantonese” in the city of Guangzhou, there is a sense that linguistic homogeneity is only way out of many to define Chinese identity. These declarations, some subtle, some overt, some implied, some explicit, challenge the state-defined hegemonic narrative of Chinese identity centered around Mandarin as woefully inadequate in explaining the nation in its past or present. 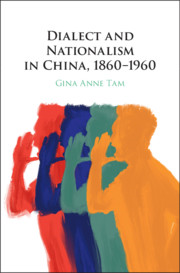 About the Author: Gina Anne Tam