Written by: Kinnari I. Bhatt

Interest in sustainable financing and how the private sector can incorporate and catalyse economic, social and environmental priorities into international financial flows is growing fast. Using Private Finance for Development (PFFD) constitutes a major re-orientation of the traditional aid landscape which has historically taken the form of grants or loans on favourable terms and re-calibrated aid towards a more business friendly model. Consequently, growing percentages of traditional official development assistance–public resources – are being routed to support private sector initiatives in developing countries. So what has driven this change, who is spearheading it and what are the concerns?

The intertwining of the public and private is not a new concept. Partnership between private and public sectors can be traced as far back as the Roman Empire when the chairman of a company (the ‘manceps’) carried out bidding for contracts over public works. In the 17th century, European sovereigns, particularly in France, began extensive public works programmes in water and roads. These became the precursor of the modern concession or public-private partnership system. Whilst governments and multilateral institutions have long provided grants and loans to private sector companies operating in developing countries, what is new about the private PFFD movement is the:

1.  immense scale of support to the private sector.

2.  complexity of the challenges that PFFD seeks to address: climate change adaption and mitigation in the poorest countries, massive infrastructure deficits, energy access, natural resource use, poverty alleviation and ocean protection, and 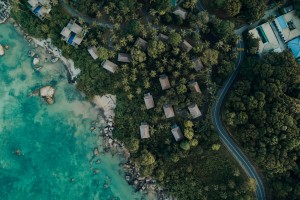 Also new is the social, political and economic context and characteristics in which the agenda is being mobilized: rising inequality and stagnating real wages.  The global financial crises resulted in the bailout out of financial institutions that were considered too big to fail, turning private debt into public debt. Left with diminishing government funds and citizen discontent about giving aid during austerity, governments are keen to show that they are reducing reliance on taxpayers money. Subsequently, it has become tempting to see the private sector as a silver bullet: re-routing existing aid money through the private sector can leverage larger private sources of external development finance and take the pressure of the public purse. This shift will support private companies domiciled in donor countries to trade with developing countries, thus ensuring governments receive value for money. This ‘win win’ scenario has boosted agencies that provide funds for private development projects such as the UK’s Commonwealth Development Corporation and reinvigorated national export credit agencies.

Along with domestic pressures, governments are faced with international commitments on carbon reduction, renewable investment and delivery on the 2030 Agenda for Sustainable Development and the Sustainable Development Goals.  Here, national and international thinking coalesce in a shared belief that in order to implement the 2030 Agenda and close the resource gap, the international community will need to harness the financial resources and leverage of the private sector. Multilateral institutions such as the World Bank Group, the African Development Bank, the Green Climate Fund, national DFIs and export trade agencies and the EU fund for sustainable development, are mobilsing private capital, at pace, into developing countries. 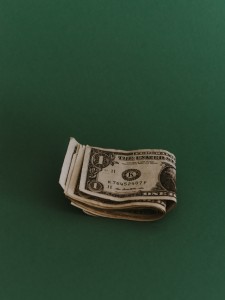 Whilst it is encouraging that governments acknowledge the importance of the role of diverse financial flows to developing countries, some of the characteristics of the PFFD agenda are problematic. It combines aid money with untransparent and complex private-sector forms of financial instruments and places into the same arena, actors with vastly different incentive structures, with little scrutiny on how money is being spent. This Another problem is PFFD’s characterization as an ‘alternative’ form of financing. In reality, there is little that is alternative about the private legal structures that are being used. Loans, equity, guarantees and risk insurance are some of the ways in which lenders ‘de-risk’ investments into developing economies. Specifically, by increasing interest rates, raising insurance premiums, requiring multiple layers of expensive security and preventing shareholders (which often include the government) from making changes to national laws that could impact on investment return. These are standardized contractual methods that have been drafted in law firm offices for years.  Through these instruments, the private sector can move project risks onto the shoulders of a recipient country and its population. This brings concerns over the democratic scrutiny, participation and ultimately, development results of the PFFD endeavor, as noted in a recent submission to a call for information from the UN Special Rapporteur on the Right to Development.

While the partnership of the private and public sector can, with the right interventions, be a positive development, the current unblinkered re-orientation of aid shows how far the balance has tipped and necessitates reflection on where the line must be drawn. 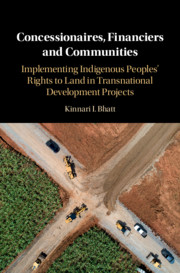 Concessionaires, Financiers and Communities by Kinnari I. Bhatt

About the Author: Kinnari I. Bhatt

Kinnari I. Bhatt is a post-doctoral researcher at Erasmus Universiteit Rotterdam. She worked as a project finance lawyer with leading global law firms White and Case and Milbank, Tweed Hadley and McCloy in London and Asia and acted as a legal adviser to the Ministry of Mineral Resources in Sierra Leone. She advises NGOs on issues of equitable natur...