Today discussions about ‘liberalism’s crisis’ abound. Liberal values and institutions are in retreat in countries where they seemed relatively secure, and the prospects for liberal development in countries such as Russia and China seem as remote as ever. Yet liberalism cannot be easily dismissed: its core philosophical tenets regarding the equal moral worth of human beings and the importance of freedom are still widely seen as essential, and the success of contemporary liberal democracies at protecting certain fundamental rights connected with human dignity continues to make them relevant.

But is liberal democracy a valid goal for all countries to aspire to? And what is liberalism anyways? Both the term and the concept have a rich intellectual history, and have been used casually to refer to anything from left-wing progressivism to small-government libertarianism. This variety is partly the result of liberalism’s own internal contradictions: there is no universal liberal recipe for resolving the potential conflict between individual freedom and social justice, and neither does liberal theory unambiguously prescribe specific political and economic institutions. Constituent liberal ideas such as freedom, progress and rights have always been accommodated in complex political circumstances leading to a variety of outcomes.

Despite various conceptual uncertainties surrounding liberalism, one thing that’s sure is that its history and successes have overwhelmingly been told in relation to Western Europe and North America, the regions where it was elaborated. Thus there are many important yet neglected elements in the intellectual history of liberalism. For example, the Russian part of this history, in the decades leading up to the Revolution of 1917, offers fascinating insights into liberalism’s incoherencies.

Russia makes a good case study for liberalism because historically it has been an illiberal polity. The most absolutist regime of nineteenth-century European powers and a society predominantly composed of serfs meant that Russia did not have the circumstances that enabled important liberal ideas such as limited government, private property, and individual responsibility to coalesce and grow together. The Russian example illustrates clearly one of liberalism’s fundamental problems, namely that the different things that liberals value – order and justice, for example – may conflict, at times violently, and this becomes clear as ideals are given concrete embodiment. It is possible to argue that the liberal desire for a reasonable compromise between individual freedoms and social well-being is an unrealizable idyll in certain historical contexts.

It is sometimes said that liberalism stands out for its ability to conceive of itself as a learning process and for its propensity to self-correct. If that is true, learning more about its historical failures is a crucial part of moving forward. In these times of political instability and uncertainty, rather than tell the story of liberalism as a triumphant, linear progression in history, or as the work of an evil genius, it would be more helpful to look at the manifold instances in which liberalism did not work and understand why. Much of liberalism outside of the global north has been marked by the fragility of cohesion among liberal ideas, and the failure of liberalism’s universal aspirations. Learning why liberalism has at times been an unsuccessful force is a valid endeavour in its own right, and is crucial for coming to grips with the theoretical and practical challenges it faces today. 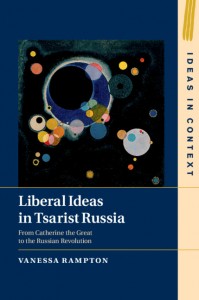 About the Author: Vanessa Rampton

Vanessa Rampton is a Branco Weiss Fellow in the Institute for Health and Social Policy and Department of Philosophy at McGill University, Montréal. Previously, she was a Postdoctoral Fellow at Eidgenössische Technische Hochschule Zürich's Chair for Practical Philosophy. Trained as a historian of ideas, she has a long-standing interest in how emp...