On Dec. 20, 2019, US democratic presidential candidates met for the sixth and last Democratic presidential primary debate* of 2019. Public debates are important events in preparation for elections; they re-position the candidates as winners and losers in the eye of the audience, and they help shape standpoints in a constantly shifting process. Central themes are raised by skilled moderators, allowing the candidates to make their point crisply at set times in the flow of the debate. Quite in contrast to painstakingly prepared public speeches, such debates pose the highest challenges to the candidates: their contributions need to be spontaneous yet to the point, they need to relate to the questions asked yet bring in their own (previously developed) perspectives, all the while hoping to stand out as the ‘winning’ competitor. Under this kind of pressure, the candidates’ choice of words can be revealing as they reflect not only well prepared but also spontaneously emerging thoughts, much more so than the highly edited and rehearsed public speeches.

As the debate moves to the challenges of the global climate crisis, the candidates try to outperform each other in their efforts to stress its importance. Skilfully, they navigate flexibly between ‘I’ and ‘we’ – and sometimes ‘they’ or ‘a president’ or ‘Washington’, or even ‘you’ – to offer their views on how the democratic party, with them (the current speaker) as president, can make a difference. Take Tom Steyer’s words as an example: “I know that we have to deal with it from the standpoint of environmental justice. I’ve been working on this for more than a decade. I’ve pushed clean energy across this country. … But what I know is this: Not only can we clear up the air and water … ” Each such instance of a ‘we’ combined with a strong ‘I’ creates a compelling image of a future scenario where climate can be tackled head-on, by a united country guided by a competent leader.

But the choice of pronouns, together with other features of the language, also reflects different perspectives on the problem. Sometimes the audience is addressed and included, and sometimes personal points of view are brought in, which can be emotional. Amy Klobuchar does both when she says “you are seeing it here in California with the fires that you just had” followed by “the most moving video from that to me was the 30-second video of that dad driving his little girl through the lapping fires”. Note that while both Klobuchar and Steyer offer their own perspectives, they are very different in content: While Steyer focuses on his previous achievements, Klobuchar aims to connect with the audience on a more personal, affective level.

How else do they differ, these strongly motivated candidates who compete against each other yet stand united in fighting against climate change? Clearly, all of their suggestions are suitable, adequate, and feasible – there’s no doubt about the genuine motivation in each candidate, as expressed from various perspectives. However, they are arguing on different levels of detail and specificity; their contributions reflect different scopes, different magnitudes of visions.

Consider this massive challenge: Climate change related threats are caused by, and seriously affect, developments across the globe – but most actions that can meaningfully be done are fairly local and restricted in scope, of necessity. The moderator’s question reflects this: “Knowing that climate change will have made certain places in the U.S. unlivable, would you support a new federal program to subsidize the relocation of American families and businesses away from places like Miami or Paradise, California, perhaps, Davenport, Iowa?” The question thus starts from the general phenomenon (“climate change”) and immediately narrows it down to the U.S. (“certain places in the U.S.”) and further to a specific action (“a new federal program”), even mentioning place names (“Miami”, etc.) and people (“families and businesses”).

The candidates’ responses mostly mirror this pattern, offering diverse labels for the global phenomenon and suggesting differently scoped solutions: Klobuchar refers to an “existential crisis”, and moves from cities and individual residents down to her example of an individual driving away from an emergency, before evoking international and national rules and standards. Steyer talks about a “state of emergency” and hints at the opportunity of creating jobs for a range of energy resources. Buttigieg promises “day one action” and moves from his own personal experiences of flooding to the need to include everyone in the efforts to become carbon-neutral by 2050. Biden offers practical suggestions as ways to turn the “great crisis” into an “enormous opportunity”, referring to energy, housing, vehicles and the like. But it is Bernie Sanders who challenges the scope of the question itself: “It is not an issue of relocating people in towns. The issue now is whether we save the planet”. Even though his contribution on this topic is comparably short, Sanders thus brings the argument to a higher level, pointing out how previous efforts and agreements have simply been inadequate. His image of the world’s “common enemy, which is climate change” implicitly brings home the point that this goal should surpass everything else, even international conflicts.
Looking at the contributions in this discourse-analytic way raises some questions. Does the way the candidates present themselves in any way correspond to what they will be doing if elected? Do their perspectives relate to their ability to lead a country? Does a country need a leader who presents large-scale visions, or rather one who focuses on the practical aspects of concrete projects? What else can we learn from the way the candidates express themselves, under the pressure of a public debate and elsewhere? I have no doubt that there’s much more to discover. 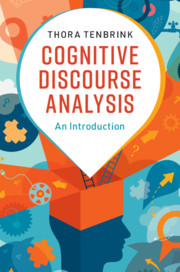 About the Author: Thora Tenbrink

Thora Tenbrink is a Reader in Cognitive Linguistics at Bangor University. Her previous books include Space, Time, and the Use of Language (2007) and three co-edited books on spatial language and cognition.Thora's latest book ‘Cognitive Discourse Analysis: An Introduction’, will be published by Cambridge University Press in February 2020....