Shakespeare the Stranger, Our Contemporary 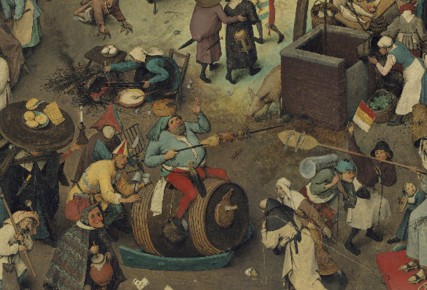 This book would probably not have been written if, as a postgraduate, I had not left Cambridge for my first job as assistant lecturer at the University of Geneva, and then, once I had met my (French) husband, settled in France. Living and working in three distinct, if overlapping, cultures (English, French, Swiss) and two, sometimes three, languages (English, French, German) I acquired a critical distance as well as pleasurable curiosity about cultural differences as displaced people often do.

Shakespeare too was a displaced person, one of thousands of internal immigrants classified by the municipal authorities in London as ‘Englishmen foreign’ alongside the ‘strangers’ — mainly (French, Italian and Dutch) protestant refugees from continental Europe. His fellow feeling for ‘strangers’ is expressed most explicitly in a contribution to a co-authored play Sir Thomas More in which through the character of Thomas More he invites audiences on stage and off to see themselves as strangers — as they would be in continental Europe — and so to welcome strangers as they would wish to be welcomed. In his comedies he stages the condition of a stranger as a function of displacement from origins (his own case), while in his second series of history plays, he portrays England and the English as a nation of mutual strangers.

Shakespeare sets the idea of (the) English — language and people — as a mixed, inclusive community of ‘strangers’ against an idea of England and (the) English as a homogeneous unity defined through exclusion, which emerges in the second half of the sixteenth century during the post Reformation establishment of a separate national church bound to the state. I examine the emergence of this idea through detailed discussion of recurring tropes or memes (as I call them), notably, ‘the King’s/Queen’s English’. This trope began to be used in the second half of the sixteenth century by protestant cultural reformers who aspired to limit and fix the boundaries of the vernacular through exclusion, notably of latinate and romance words used by internationally oriented members of the male elite. Like and with ‘strangers’, elite males are thus excluded from the normative centre which the trope represents. This is occupied rather by the (idealised) figure of the plain speaking, plainly dressed, honest and temperate citizen. Shakespeare evokes  ‘the King’s English’ just once, in The Merry Wives of Windsor — his one comedy set in England and focused on the citizen class. The idea of a bounded, stable linguistic norm is explicitly ironised and undercut in this play as it is implicitly by Shakespeare’s linguistic practises throughout his plays of the 1590s. For these tend to traverse frontiers between English and not English, ‘proper’ and ‘strange’ senses, to open the language to linguistic strangers, creating what he celebrates as a ‘gallymaufry’— an inclusive, mobile and changing linguistic mix, like the human community, of ‘our English’.

The book was conceived well before the referendum of 2016, but its implications for the present turbulent and distressing time have not been missed. It has been described as ‘very timely’ and ‘a must read’. I have no illusions about what a book can achieve, but I do hope that the view of Shakespeare’s plays that this book proposes — Shakespeare ‘sans frontières’ as I translate it to my French-speaking neighbours —will contribute in some way to promoting openness, generosity and reconciliation. 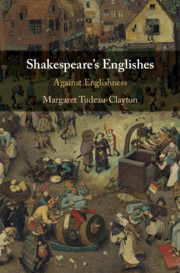