Should we brace for change? A new era for worldwide abortion law 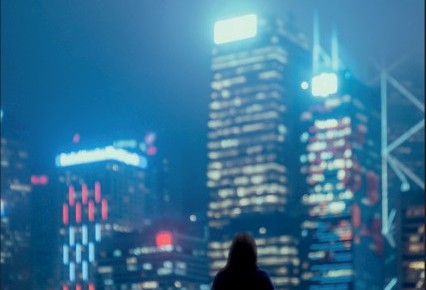 Once again, pro- and anti-abortion advocates are clashing across the United States. Will reigniting this conflict over defining moral issues spill over to influence abortion policy worldwide? Producing Reproductive Rights looks at the players around the globe who are both taking cues from this debate, as well as trying to influence it in their own and other states.

In 2019, pro- and anti- abortion players are clashing across America. New restrictive legislation passed through state capitals in Arkansas, Alabama, Idaho, Indiana, Mississippi, Ohio and Georgia. Anti-abortion politicians are capitalizing on a unique moment in American history to try to mold both law and public opinion on how we think about abortions specifically and women’s reproductive rights more broadly. This is but a new stage in decades of struggles between pro-life and pro-choice forces fighting to define if and how a woman can have an abortion.
Should we expect to see a similar trend around the globe? Will the debate about abortion be heating up worldwide as it is in the United States?  Not necessarily.

Unlike other policy areas, which are sensitive to security or financial considerations, abortion is determined by cultural, religious and political contexts. Abortion law can be affected by the share of female lawmakers, a strong Catholic presence, religious movements, and women’s rights movements. In special cases, societal views on abortion can also be shaped by histories of sexual violence and trauma. For example, Rwanda loosened its restrictions on abortions after thousands of babies were born as a result of rapes during the 1994 genocide. The importance of religious, cultural and historical contexts means that the trend in the US is not necessarily the beginning of a global change.

There is reason, though, to suspect that the American trend could make its way beyond the borders of the United States. Intergovernmental organizations and non-governmental organizations play a big part in defining global norms and perspectives on abortion policy. The United Nations is a leader in shaping how the world thinks of gender equality. Through its Sustainable Development Goals, international conferences on population and development, and World Health protocols, the UN has shaped how countries define women’s rights and gender equality. Its offices, forums, and councils are the stage on which international standards of human rights are shaped and declared.

The US is the number one sponsor of the UN. In 2017, the US gave over $10 billion to the various agencies, of the UN. This amounted to more than the contribution of the next three largest donors combined (Germany, Great Britain, and Japan), and about 20% of the overall budget of the organization. If the US is moving towards more restrictive abortion policies, it is in a position to influence the UN. President Trump has already used US influence to restrict abortion beyond the US. The administration, for instance, has reenacted  and expanded the Global Gag Rule. This law bans foreign organizations receiving U.S. funding from providing abortion services or advocating abortion even if done with non-U.S. funds. In its new form, the law also prevents these organizations from giving funding to other organizations that advocate for or provide abortion services. This change means that even organizations that don’t receive US funding are also subject to the Global Gag Rule This rule does not affect the UN, nor has the UN ever directly advocated for abortion as a human right. But could this foreshadow a new effort to expand the US’s increasingly restrictive abortion policies to other realms?

In our new book, Producing Reproductive Rights: Determining Abortion Policy Worldwide, we look at who and what influences abortion policy around the world. There is no one movement, politician, religion or state that defines a state’s policy. Rather, it is the interaction between all of them. We break down the different realms of influence—particularly focusing on international organizations, state governments and civil society—and then outline the web of control that they form. The world is waiting to see what will be the next move in the saga of US abortion politics. This book looks at those in the US and beyond, who are taking cues and trying to affect this policy globally. 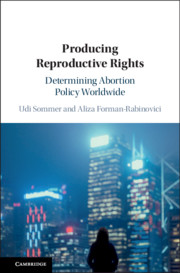 About the Author: Udi Sommer

About the Author: Aliza Forman-Rabinovici

Aliza Forman-Rabinovici is a Ph.D. candidate at Tel Aviv University. Her research focuses on the intersection between gender and public policy, and the role and impact of female leadership in politics. Forman Rabinovici has had articles published in top peer-reviewed journals and serves as the academic advisor to the Israeli Ministry of Science and...