What is Restoration poetry? 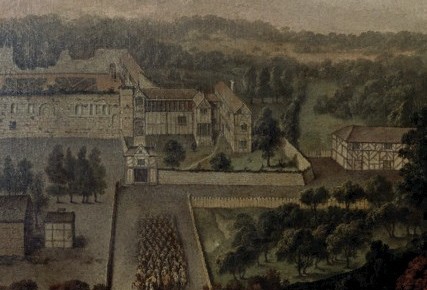 What does the term ‘Restoration poetry’ bring to mind? The earl of Rochester’s scurrilous lyrics? Political satire, such as Dryden’s Annus Mirabilis, Absalom and Achitophel, or The Hind and the Panther? How about John Milton’s Paradise Lost, Abraham Cowley’s philosophical essays, or Katherine Philips’s Dublin poetry? All widely recognised as major seventeenth-century poets, Milton, Cowley, and Philips are nonetheless not easily accommodated within the popular view of Restoration poetry – a view that privileges topicality, controversy, and sexuality, as well as engagement with the social environment and cultural institutions of Restoration London. While this traditional view is applicable up to a point it is also extremely partial, and its inability to account for some of the leading writers and texts of the period is an obvious and troubling weakness. The Restoration poetry that we study and teach should, I believe, include Milton, Cowley, and Philips just as much as Rochester and Dryden. It was this conviction that led me to write The Restoration Transposed.

My own route into Restoration poetry came via women’s writing. My work on Katherine Philips (1632-1664) for my previous monograph, Producing Women’s Poetry, 1600-1730 (Cambridge, 2013), made me aware both of the importance of the Restoration in facilitating Philips’s late emergence as a public poet and of her subsequent role as an inspiring precedent for other women writers. More recently, my involvement in The Cambridge Edition of the Works of Aphra Behn, for which I am editing Behn’s poetry, has also led me to reassess the significance of the Restoration as an event in women’s literary history. Ironically, a period notorious for its poetic misogyny – think of Rochester’s ‘A Ramble in St. James’s Park’ or ‘The Disabled Debauchee’ – is also the period when women writers first definitively made their mark in the public literary sphere. Any account that seeks to do justice to the breadth of Restoration poetry needs to recognise, and explain, its paradoxical but ultimately empowering significance in the history of women’s writing.

The Restoration Transposed is not, however, a book about women, though both women writers and women’s writing play a larger part in its pages than in many conventional literary histories. Instead, its long central chapters reappraise Restoration poetry via three topics not often associated with poetry of this period. Whereas much scholarship on Restoration literature emphasises its preoccupation with the contemporary and the topical, I explore its concern with literary history and canonicity, as epitomised by its vexed and contradictory attitudes towards the greatest poet of the previous century, Edmund Spenser. Similarly responding to the understandable but limiting London-centrism of much Restoration scholarship, I consider poetry in and about Ireland, which I read in relation to contemporary developments in Irish literary publishing. I also consider how Restoration poets – reacting to such recent events as the Civil Wars and the founding of the Royal Society – reinvented an age-old literary phenomenon, namely poetry inspired by trees and plants.

Viewed from these three perspectives, Restoration poetry emerges as both richer and more diverse than it has traditionally been thought. The ‘transposed’ Restoration not only finds room for such little-known poets as Luke Wadding and Mary Roper, but also provides fresh perspectives on more familiar figures, including Dryden, Rochester and Marvell. To ‘transpose’ the Restoration, as I argue, does not mean forfeiting those aspects of its literature that have scandalised and delighted readers for centuries. It does, however, remind us that the sparkling wit and humour of Restoration literature often came at a cost for the weaker and less privileged members of society. It also points up those aspects of the period that were to prove of genuine long-term significance: the expansion of literary publishing outside London; the rise of women writers; the evolution of literary editing; human beings’ changing relationships with the natural world. The Restoration transposed is the Restoration enlarged. 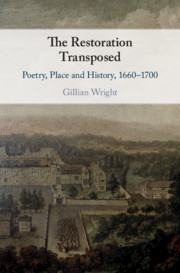 The Restoration Transposed by Gillian Wright

About the Author: Gillian Wright

Gillian Wright is Reader in English and Irish Literature at the University of Birmingham. She is the author of Producing Women's Poetry, 1600–1730 (Cambridge, 2013) and is a General Editor of the AHRC-funded Cambridge edition of The Works of Aphra Behn, for which she is editing Behn's poetry....