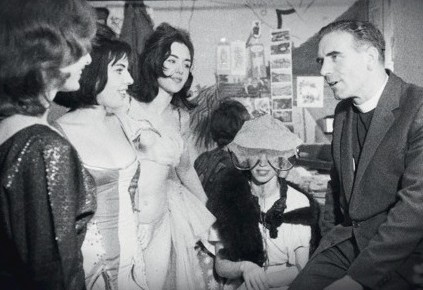 In 1945 Britain was a Christian nation, governed by many theocratic laws that determined much of moral behaviour. By 1980 it wasn’t. The existing explanations for the reform of UK moral law are rather vague, but generally involve the role of liberal Christians and the general secularisation of society.  What has not featured sufficiently is how this great change arose out of a battle over the moral law fought out mainly between conservative Christians and liberal Humanists.

The tenor of Christian culture was forged by the Public Morality Council, an ecumenical body which used volunteer Christians to watch every film, stage play, revue bar and television programme for evidence of licentiousness or blasphemy, plus salaried staff like an ex-policeman to walk the streets of London to identify prostitutes and gay men. The Council had the ear of the Home Office, the Lord Chamberlain and local government, leading to anti-sex campaigns of licensing inspections, script changes, closure of some shows, and harassment of Humanists like psychologist Eustace Chesser, prosecuted in 1941 for obscenity in a sex-education book, having a medical pamphlet shredded by the BMA, and banned from air in 1959 by ITV for advocating sex before marriage.

Humanists had already started in the 1930s and 1940s to formulate legal changes needed to make Britain a more ‘civilised’ country. Inspired by the Progressive League founded by HG Wells, literary figures like EM Forster and Fabians like Barbara Wootton, Humanists challenged sexual prurience, inhumane suicide, divorce and marriage laws, and stifling Christian-dominated moral broadcasting at the BBC. A group of Humanist sexologist psychologists, including Chesser, Alex Comfort and Morris Carstairs, joined with the leading criminal lawyer Glanville Williams to help draft abortion and euthanasia bills for Parliament. With feminists Dora Russell, Diane Munday and Madeleine Simms, and virtually every leading figure in British philosophy of the period including Bertrand Russell, Freddie Ayer and Bernard Williams, a broad challenge to conservative Christian culture developed between 1955 and 1980.

From 1963-64, the conservative Christian culture against which Humanists railed started to collapse. The Public Morality Council imploded in 1965 amid considerable ecclesiastical infighting, whilst a plethora of liberal changes were passed into law – on suicide, gambling, abortion, homosexuality, stage censorship, contraception – whilst regulations were relaxed on many other issues. Fuelling legal change was youth culture, which in the provinces as well as in London created diverse contexts for social modernisation and progressive social attitudes on dress and behaviour. Case studies of Blackpool, Sheffield, Glasgow and the Hebrides show that London was by no means the sole instigator of the swinging sixties, with vibrant cultural changes underway in pop music, youth venues, recreational drugs and new forms of licensing. Helping this along were humanists who challenged the religious monopoly of ethics on BBC broadcasting, transforming the treatment of science, comedy and intellectual challenges to conservative church leaders. Humanists were to be found behind much of this changing moral world, and the main victim was organised Christian. It is this moral struggle which The Battle for Christian Britain reveals. 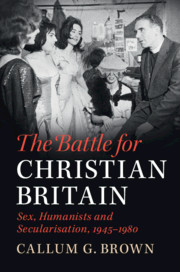 The Battle for Christian Britain by Callum G. Brown

About the Author: Callum G. Brown

Callum G. Brown is Professor of Late Modern European History at the University of Glasgow. A social historian specialising in secularisation and Humanism in nineteenth and twentieth century western society, he is the author of numerous publications including The Death of Christian Britain: Understanding Secularisation 1800–2000 (2nd edition, 2009...