Lear on Screen: a vision of our times 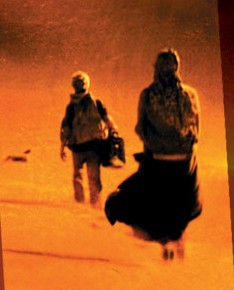 Shakespeare on Screen: King Lear is the most recent volume in the Cambridge University Press Shakespeare on Screen series, which provides in-depth analyses of how Shakespeare’s work has been adapted on screen (interpreted broadly to include cinema, live theatre broadcasts, television, and a diverse range of digital forms). Originating with a seminar at the 2016 World Shakespeare Congress, this volume, edited by Victoria Bladen, Sarah Hatchuel and Nathalie Vienne-Guerrin, is the culmination of three years of work by the editors, authors and team at CUP.
The volume approaches Lear through the structure of four different themes:
– Surviving Lear: revisiting the canon;
– Lear en abyme: metatheatre and the screen;
– the Genres of Lear;
– and Lear on the Loose: migrations and appropriations of Lear.
These themes have inspired contributions from a group of international scholars from a range of countries, resulting in a volume that presents a diversity of viewpoints and angles.
Lear is one of Shakespeare’s bleakest plays, one that appears increasingly relevant to the state of the contemporary world with its experiences of poor government and leadership, violence, state torture, misogyny, homelessness and displacement, threats to freedom of speech, and the blurring of lines between rhetoric and authenticity, surface appearances and truths. These dimensions all resonate with Lear. Even the extremes of weather, as the globe comes to terms with climate change, recall the storm in the play, and its searing vision of human fragility in the face of nature’s forces.
This latest edition to the series also reflects the diversity of what Shakespeare studies encompass today. Together, the chapters explore Shakespeare’s work through the lenses of historical contexts, contemporary adaptation theories, ideas on genre, race, gender and new developments in technology – that have enabled the live theatre broadcast and the post-television era. The studies trace the myriad of intertextual referencing by directors and films whereby adaptations enter into rich dialogues with other films and genres. Readers will find new perspectives on canonical adaptations and encounter lesser-known versions that we hope will open up future research endeavours. The essays invite readers to consider a range of questions, such as what happens when Lear becomes a Western or when King Lear is a woman? Can Lear be given a happy ending? Above all, what constitutes ‘Learness’? That is to say, what identifies a work as an adaptation or appropriation of Lear? The volume will have something for everyone: scholars working in Shakespeare studies, adaptation or film, teachers, and students. The volume includes an invaluable resource in the extensive filmo-bibliography, as well as additional online essays.
We are pleased to present our volume, which is dedicated to ‘all the unaccommodated women and men of the world at present’, a reminder that Shakespeare remains our contemporary. His work, and how it is constantly reinterpreted on screen, provides a vital means for coming to terms with the human condition with all of its joys and suffering. 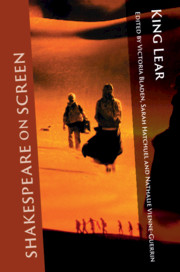 About the Author: Victoria Bladen

Victoria Bladen is Sessional Lecturer and Honorary Research Fellow in the School of Communication and Arts at the University of Queensland where she has twice received a Faculty award for teaching excellence. She has published four Shakespearean text guides: Measure for Measure (2015), Henry IV Part 1 (2012), Julius Caesar (2011) and Romeo and Juli...

About the Author: Sarah Hatchuel

Sarah Hatchuel is Professor of Film and Media Studies at the Université Paul Valéry, Montpellier and President of the Société Française Shakespeare. She has written extensively on adaptations of Shakespeare's plays: Shakespeare and the Cleopatra/Caesar Intertext: Sequel, Conflation, Remake (2011); Shakespeare, from Stage to Screen (2004); A Co...

About the Author: Nathalie Vienne-Guerrin