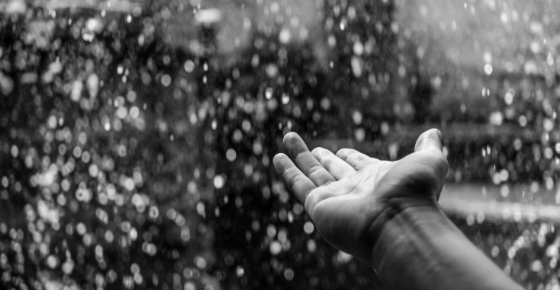 Increasingly, Christian pacifists are recognizing the need to attend to the violence of climate change.  Thanks to books like Rob Nixon’s Slow Violence and the Environmentalism of the Poor and Kevin O’Brien’s The Violence of Climate Change,  the links between climate change and violence are becoming more apparent and the need to respond to climate-shaped violence more obvious.  Especially after the latest reports from the Intergovernmental Panel on Climate Change and the Intergovernmental Science-Policy Platform on Biodiversity and Ecosystem Services – not to mention the 2019 Worldwide Threat Assessment of the U.S. Intelligence Community (repeating what the intelligence community has said every year since the mid 2000’s) – the sooner and more powerfully such responses occur, the better.

As Christian pacifists shape responses, it might be helpful for them to be reminded that pacifism and climate change have always been entangled.   Take, as an innocuous instance, the way rising sea levels in the early seventeenth century drove Dutch land reclamation and stimulated new farming methods there.  These new farming methods, in turn, reshaped markets across the channel in England. Those reshaped markets – especially when combined with the great plague of London in 1665 and the great fire of London just after that (both of which were connected to a changing climate) – contributed toward new strains on the British economy. Owing Sir William Penn money at the time, King Charles II repaid the debt by granting Sir William’s son, William Penn, land in what would become Pennsylvania – and the younger Penn brought his group of Quakers with him to that land, establishing an early and, perhaps, the most prominent pacifist enclave in the so-called New World.

Telling a history of Christian pacifism that attends not only to the religious sensibilities, political engagements, and global migrations of Christian pacifist communities, but to the way those sensibilities, engagements, and migrations have been shaped by millennia of climate changes promises to ground pacifist responses in a richer vision of the way the human and the non-human natural world have always interacted.  As those interactions grow more intense and their implications more fraught, the need for such grounding only intensifies. 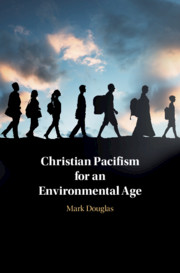 Christian Pacifism for an Environmental Age by Mark Douglas

About the Author: Mark Douglas

Mark Douglas is Professor of Christian Ethics at Columbia Theological Seminary. He is the author of Confessing Christ in the Twenty-First Century (2005) and Believing Aloud: Reflections on Being Religious in the Public Square (2010)....