New perspective on the workings of Athenian democracy and its legacy 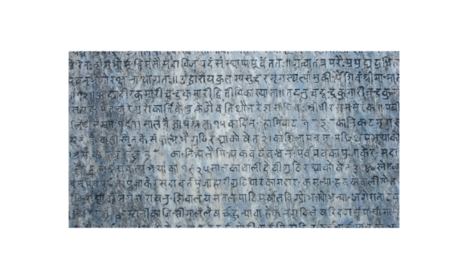 Decree-making is a defining aspect of ancient Greek political activity: it was the means by which city-state communities went about deciding to get things done. The Athenians in the fourth century BC distinguished between, on the one hand, laws (community-sanctioned rules with permanent and general application) and, on the other, decrees of the assembly (community-sponsored decisions with specific and sometimes temporary application). Typical subjects of decrees included the award of citizenship, the bestowal of an honorific crown, the declaration of war, the enactment of a treaty with another community.

There is currently a good deal of work being undertaken on the decrees of Athens that are preserved on stone inscriptions: Stephen Lambert has recently published a new edition of the inscribed laws and decrees of Athens from the period 352/1-322/1 BC (IG II3 1), and has created a website which offers, free of charge, translations of them and other inscriptions (https://www.atticinscriptions.com/). Meanwhile, in a very important book, Mirko Canevaro has demonstrated that most documentary versions of Athenian decrees appearing in literary texts are later forgeries.

In these two volumes, the literary evidence for decrees of the fourth-century Athenian assembly is comprehensively collected, translated and explained. The volumes are relevant to scholars and students of ancient history and politics; they provide new perspectives on the working of ancient Greek direct democracy and its political legacy. Volume 1 consists of texts, translations, commentaries, and bibliography on the testimonia. This adds up to evidence for 245 firmly-attested decrees, plus another 90 which may (or may not) be identified as decrees.

Volume 2 provide a new view of the decree as an institution within the framework of fourth-century Athenian democratic political activity. It analyses how decrees and decree-making, by offering both an authoritative source for the narrative of the history of the Athenian demos and a legitimate route for political self-promotion, came to play an important role in shaping Athenian democratic politics. I assess ideas about, and the reality of, the dissemination of knowledge of decrees among both Athenians and non-Athenians. Their cultural significance is reflected in their representation in Greek literature, and I explain how decrees became significant to the wider image and legacy of the Athenians.

In order to understand the place of the decree in the politics and society of fourth-century Athens, I argue, we need to consider not only their publication on stone inscriptions, but also the reactions to them that appear in ancient literary texts. I explore the ideological implications of Athenian decrees: what were the ideals and principles that were associated with them? What do they reveal about the Athenian community’s reaction to crisis, and its propensity to take risks? What distortions of them were introduced by ancient writers? While, as Robin Osborne has argued, inscribed decrees tone down their political circumstances and present them as the unanimous decisions of the Athenian demos, the literary sources often do the opposite, telling stories about the political intentions and implications of decrees, portraying them alternately as the reasoned decisions of an enlightened people, the policy-errors of a misguided mob, or the political acts of self-interested individuals. 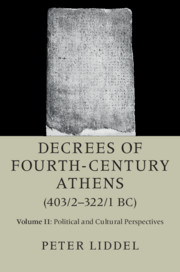 About the Author: Peter Liddel

Peter Liddel is Senior Lecturer in Ancient History at the University of Manchester. He has published extensively on Greek political history, notably Civic Obligation and Individual Liberty in Ancient Athens (2007), as well as on Greek history, historiography and epigraphy. He is co-editor of the Annual of the British School at Athens, and serves as...