The Promise of New Sexual and Gender Identities for Young People

In support of Pride Month, editors of The Cambridge Handbook of Sexual Development, Jen Gilbert and Sharon Lamb discuss how the sexual development of children and youth has changed in response to shifting cultural norms.

How does the sexual development of children and youth change in response to shifting cultural norms? Or, how do children and youth’s experiments in identity shift our taken for granted ideas about gender and sexuality? Young people around the world are pushing back against established sexual and gender norms, articulating new identities and relations, and asking adults to recognize and support their gender and sexual development.

If our Handbook, The Cambridge Handbook of Sexual Development, holds a message for Pride Month, it is not simply that lesbian, gay, bisexual, and transgender sexualities are a normal and natural part of human variation and therefore deserve recognition and respect. It is that the emergence of vibrant and diverse gender and sexual identities among young people holds the potential to improve and support the sexual development of all young people not only those who identify as LGBTQ. As young people assert and claim recognition for their sexual identities, they crack open the claustrophobia of heteronormativity—all those institutional and intimate ways the expectation of a compulsory heterosexuality regulates and governs young people’s sexual development.

…the rainbow, once a symbol of inclusiveness, now must expand and morph to allow new colours not yet invented.

The Cambridge Handbook of Sexual Development: Childhood and Adolescence explores “normative” development and practices, inclusive of LGBTQ identities and sexualities, and in so doing also takes on the normative problem effects of heteronormativity on young people’s sexual development, including harassment and violence.

The chapter authors, two of which have been made free to access throughout June for Pride Month:  ‘Developmental Trajectories and Milestones of Sexual-Minority Youth‘ and ‘Conceptualizing Sexuality in Research about Trans Youth‘, also register how the growing acceptance of LGBTQ identities has changed the ways young people come out as gay, lesbian, bisexual or transgender. From the norm-critical sex education offered in Sweden, described in a chapter by Bredström Bolander, and Bengtsson, to the path-breaking chapter on sexuality in transgender youth by Julia Sinclair-Palm, the Handbook tracks this contemporary movement. Robinson and Davies’ chapter, “A Sociological Exploration of Childhood Sexuality,” sets parents and children’s ideas about gender, identity, sex, and even love side by side. And Lisa Diamond, one of the first to write about fluidity of identity, describes the potential of this movement in “The Dynamic Expression of Sexual-Minority and Gender-Minority Experience during Childhood and Adolescence.”

Young people are coming out younger and families are recognizing gender and sexual diversity at earlier ages. Research shows, while obstacles exist, young people have greater access to family and social support than ever before. Research also documents how access to online communities has led to a proliferation of emerging identities making the acronym LGBTQ woefully inadequate to capture the myriad of ways young people articulate their developing sense of self.

While adults working with youth, including teachers and parents, may struggle to keep up with new terminology and dismiss these identities as “trendy” or “pc,” we see the explosion as hopeful, even revolutionary. Heteronormativity deserves to be blown up. The emergence of new gender and sexual identities is not purely about “choice,” since those choices are always dictated by neo-liberal conceptions of self as Laina Bay-Cheng argues in her chapter. Instead, young people are refusing the categories on offer—the rainbow, once a symbol of inclusiveness, now must expand and morph to allow new colours not yet invented. These radical experiments in sexuality and gender that LGBTQ young people are conducting have the potential to create spaces for all youth and adults to rethink and resist the sexual and gendered norms that constrain our lives.  On pride day and every day, we support them. 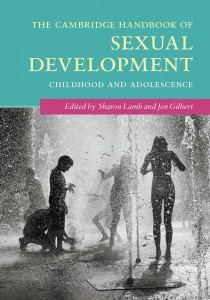 About the Author: Jen Gilbert

Jen Gilbert is an Associate Professor of Education at York University, Toronto, and a co-investigator on the Beyond Bullying Project, a digital media storytelling project that collects narratives of LGBTQ sexuality and gender in high schools. Her research centers on the challenges that LGBTQ gender and sexuality pose for schooling....

About the Author: Sharon Lamb

Sharon Lamb is a Professor of Counseling Psychology in the Department of Counseling and School of Psychology at the University of Massachusetts, Boston. Her current research focuses on a revision of the sexual education curriculum for diverse college students, and on the moral reasoning of bystanders in ‘sketchy' sexual situations....