Q&A with authors of ‘Cybernetic Modeling for Bioreaction Engineering’ 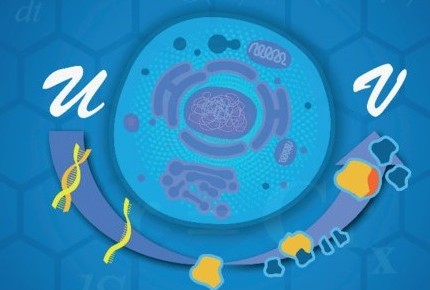 From Doraiswami Ramkrishna and Hyun-Seob Song, authors of 'Cybernetic Modeling for Bioreaction Engineering'

Click here to check out their title, ‘Cybernetic Modeling for Bioreaction Engineering’

What inspired you to write this book?

Modeling of metabolism has been based on steady state concepts despite its being an essentially dynamic process in which reactions in play change widely depending on the cells’ environment. Although the role of regulation is commonly recognized, the complexity surrounding its details has prevented modelers from adequately accounting for its effects on metabolism.

Some well known instances of regulation, such as that in the lac operon, have received attention but comprehensively accounting for it in metabolism has been thwarted by its underlying complexity.

Metabolism is popularly viewed as a complex process with overflowing data that must be perceived through statistical methodology such as machine learning. Be that as it may, the cybernetic approach provides a view of this complexity that admits orderliness inherent in a symphony! Click here to check out our Slides on Music in Metabolism.

Can you tell us more about Cybernetic Modelling?

This book produces an approach to modeling metabolism by adopting the viewpoint that regulation is inspired by the cell’s motive to survive, a capacity that is deemed to have been acquired through eons of adaptative evolution. This approach, called “cybernetic” as it pertains to systems whose behavior is guided by “goals”, postulates that the selective play of metabolic reactions is enabled by controlled syntheses of enzymes and their activities. As survival in a dynamic environment calls for dynamic goals, the theory is based on optimality criteria that are based on rates rather than yields.

The book features many accomplishments of cybernetic models listed below.

What do you hope will be the lasting impact of this book? 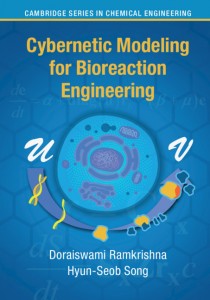 The book is an excellent resource for the formulation of mathematical models to complement experimental work on cell systems. These models are more suitable for the analysis, control and optimal design of bioreactors.

As dynamic predictions of mutant behavior can be made with cybernetic models, they will impact metabolic engineering by creating a focus on the productivity of targeted products rather than on yield alone.

Can you share any interesting anecdotes from the book?

An important test of nonlinear models of processes is whether circumstances under which they predict unusual behavior is reproduced experimentally by the system. We cite as a case in point the cybernetic model in Chapter 9 for a continuous reactor for the growth of E coli fed with a mixture of glucose and pyruvate. For a narrow range of dilution rates, the model predicts multiple steady states with multiple hysteresis!

Follow the link to witness how experiments attest to this somewhat unusual occurrence in these Slides on Multiplicity in Biological Reactors.

What real world applications to you see for the topics covered in your book?

Metabolic engineering has come to be an important field of application of bioprocesses, greatly expanding its scope to produce a diverse variety of products of engineering significance. The use of steady state methodology is limited to design based on product yields often resulting in impaired growth of the engineered strain thus lowering productivity.

The promise of the cybernetic approach and demonstrated potential to predict growth rates of mutant strains endows it with a capacity to profoundly influence the field of metabolic engineering as it can be used to influence productivity as well as yield.

About the Author: Doraiswami Ramkrishna

Doraiswami Ramkrishna is the Harry Creighton Peffer Distinguished Professor of Chemical Engineering at Purdue University, Indiana. He pioneered the development of dynamic metabolic modeling, and has been active in the area for over thirty years. He is a member of the National Academy of Engineering, coined the term 'cybernetic modeling', and has au...

About the Author: Hyun-Seob Song