Reimagining a Novel World In Which We Live Alongside Nature 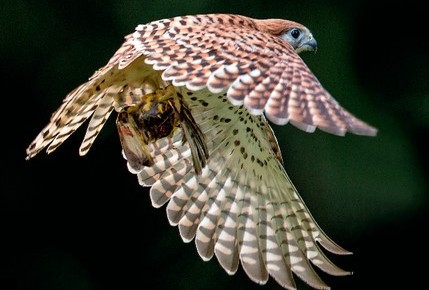 Jamie A. Copsey, Author of Species Conservation, tells us how he thinks the world needs more positive perspectives on the future we want to shape, and then we can really start thinking about how we get there.

I am now forty-six years old.  Since I was born wildlife populations globally have halved.  I remember at the age of about ten years old organising a jumble sale for the World Wildlife Fund for Nature, probably raising no more than a few pounds in their cause!  What’s important though is that, for all this time- and longer- people have been ‘concerned’ about the state of the planet and shouting about a need to act to reverse the situation.  We have riled against big business, governments and society about what is going wrong.  What I think we have lacked is a sense of what the world that we would like to have looks like.

Name me one film in the last ten years or more that has presented a positive vision of the future- I bet you can’t! We have become accustomed to reacting and saying what we do not want, and yet I think one thing we lack, is clarity about what we do.  Gerald Durrell I believe was one visionary who had an idea…Buried in a time capsule at Jersey Zoo in 1988, Gerald Durrell wrote:

This is a world I could get excited about working towards.

I think the world needs more positive perspectives on the future we want to shape, and then we can really start thinking about how we get there.

Start small and build on our successes.  This is one approach that can help us develop our confidence and belief that we can realise a more dynamic and vibrantly natural world.  Nowhere is this philosophy illustrated better, than on the island of Mauritius, in the Indian Ocean.  The site of arguably the most famous (or infamous!) extinctions in the world- the dodo- now is beginning to show what is possible if we roll up our sleeves, bring in the right expertise and have sufficient determination to see our work through.  The Mauritius kestrel, echo parakeet, and Telfair’s skink are a small handful of the multitude of species now existing in healthy numbers and, perhaps most excitingly, within more diverse and healthy natural systems.  Round Island, off the north coast of Mauritius is now beginning to resemble what it might have looked like when mariners first travelled the oceans in search of new lands.  Giant tortoises, lizards, snakes and seabirds all share the land with a rich abundance of native plant life.  We are realising a positive future, but now, in the present.  Now it’s time to scale up these efforts and begin reimagining a novel world in which we live alongside nature, and in it, the natural and the human worlds merged into one and mutually supportive.

Forty-six years ago we were beginning to realise the damage we were causing and talking about what we don’t want to see happen.

Let’s now start imagining what we do want and working towards it. 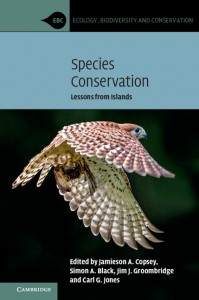 Simon A. Black, Durrell Institute of Conservation and Ecology at the University of Kent

Jim J. Groombridge, Durrell Institute of Conservation and Ecology at the University of Kent

Get 20% off your copy of Species Conservation and FREE shipping

Read the related blog: Choosing a Future For Nature and For Ourselves Written by: Simon A. Black, also author of Species Conservation.

About the Author: Jamie Copsey