Doing Battle With The Next Asteroid

David Johns, Author of, Conservation Politics; The Last Anti-Colonial Battle, tells us how ultimately global conservation is failing. Why, when the majority of people say they value nature and its protection? David Johns argues that the loss of species and healthy ecosystems is best understood as human imposition of a colonial relationship on the non-human world - one of exploitation and domination.

The first Earth Day in the US (1970) saw fully a tenth of the country’s population mobilized—or about 20 million people. The government of the US had even convened a commission to investigate stabilizing the US population to protect the quality of life, which included open space, wilderness and wildlife. Since then the US population has risen from 204 million to 327 million and US consumption has increased markedly, continuing to place a heavy burden on the Earth. China seems hellbent on following in the footsteps of the US, Canada and Australia with its megadams and the global Belt and Road Initiative. As the onslaught on the living world has grown nothing like the mobilization of the first Earth Day has occurred. The Living Planet Index (2016) and other research documents the decline in species as one indicator of human impact noting that “…10,000 representative populations of mammals, birds, reptiles, amphibians and fish, has declined by 52 per cent since 1970. Put another way, in less than two human generations, population sizes of vertebrate species have dropped by half. These are the living forms that constitute the fabric of the ecosystems which sustain life on Earth – and the barometer of what we are doing to our own planet, our only home.”

The conservation response has been anemic, to say the least.

There is a striking disconnect between the relative success of professions such as conservation biology and the health of other species. Conservation looks more and more like just another interest group, plying the hallways of power, looking for crumbs, worried about keeping a seat at the table that produces very little for biodiversity. There are exceptions, of course: single-minded individuals and organizations that are devoted to conservation; people and groups focused on mission rather than careers; that continue to do the sort of organizing and movement building that brought about wilderness laws and endangered species protection legislation and produced the first Earth Day. Such groups are no longer the majority, however. That needs to change. 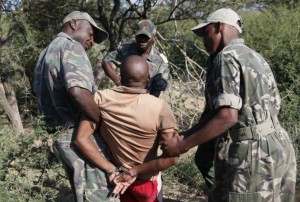 In many parts of the world conservation is dangerous.

The number of rangers killed each year in Africa is beyond tragic and depressing. Activists are killed and jailed in many parts of the world where the powerful focus on accumulation of wealth and will not allow anything to stand in the way. In some countries any autonomous movement is seen as a threat to capital, party, theocrats or the military. But if conservation work is risky—and challenging the powerful has always been: civil rights workers in the US were not only murdered, but jailed, harassed, fired, driven from their homes, castigated and much else. 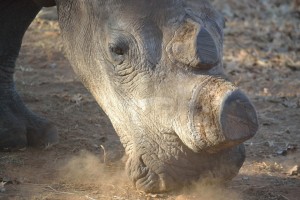 Even in the US, home of millions who struggle against reality, the evidence for climate change is increasingly difficult to ignore. The United Nations, hamstrung by the politics of member states, recently issued a report—Global Resources Outlook 2019—which addresses the causes of biodiversity loss and climate change instead of the symptoms. The expert panel which authored the report found that “90 per cent of biodiversity loss and water stress are caused by resource extraction and processing” as is “about half of global greenhouse gas emissions.” (2019: 3) Resource extraction has tripled over the last 50 years while human population has increased from 3.7 billion to 7.7 billion, or more than doubled. The inertia of humanity displacing other life must be addressed if conservationists are serious.

What is to be done?

The only strategy that has proven effective against the powerful is grassroots organizing. Building a movement capable of rewarding, punishing or replacing decision makers. Organizing people is difficult but it is the only thing that works, that involves people to the point that they are willing to take risks and stand up. That can build the relations of trust and community that enable groups to prevail in the face of repression and ignorance. It’s not a mysterious science.

It requires a clear and uncompromising vision of a vibrant Earth. Perseverance. Individual and group courage. An understanding of power—that it gives up nothing without a fight. Flexibility in means while keeping our “eyes on the prize”—justice for all life and an end to colonial relationships with the natural world and other species. Combining outsider and insider approaches to change and using the growing depth of crises to weaken exploiters’ grip on power.

the fundamental change needed to safeguard life on Earth. 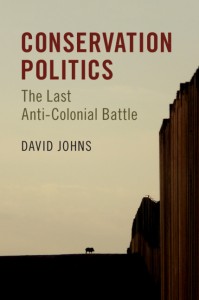 Get 20% off your copy of Conservation Politics and FREE shipping

About the Author: David Johns