The theme for this year’s Academic Book Week is banned books, a celebration of all things controversial and challenging. To join in the fun, we’ve collected together some of our favourite banned books, along with other titles that discuss them and their authors.

About the Cambridge University Press Bookshop

Cambridge University Press Bookshop opened in 1992, but the shop itself has been around for a great deal longer and selling books all the while; since 1581, in fact. Passing from hand to hand over the centuries, 1 Trinity Street was taken over in 1846 by Daniel and Alexander Macmillan who employed their nephew, Robert Bowes, as an apprentice. He would later become partner and eventually take on the premises. The shop remained Bowes & Bowes until 1986 when it became Sherratt & Hughes before Cambridge University Press took it on in 1992. We are still going strong today, showcasing around 50,000 different titles in the shop. In 2008, we expanded round the corner into 27 Market Hill where we opened our specialist Education and English Language Teaching shop the following year. We are proud to continue the fine old tradition of selling books here and contributing our bit to the fine history of 1 Trinity Street.

The theme for this year’s Academic Book Week is banned books, a celebration of all things controversial and challenging. To join in the fun, we’ve collected together some of our favourite banned books, along with other titles that discuss them and their authors. In a very short introduction, let me tell you about some of these titles. (Full disclosure, I admit not all of them are strictly academic in themselves, but in our defence they have certainly all been studied and written about in great depth over the course of their lives!)

Controversial from the get go, Chaucer’s collection of tales has shocked readers for its sexual content, exciting Middle English swearing, and religious commentary. It was immediately taken against by Church authorities and was censored for obscenity across Europe, but the majority of its challenges stem from North America where it’s had a long history of disapproval; beginning with the Colonial authorities censoring the settlers’ copies, it then fell victim to the anti-obscenity “Comstock” Law of 1873. (This is one of the Big Bads of the banned books world: “Every obscene, lewd, lascivious, or filthy book, pamphlet, picture paper, letter, writing, print or other publication of an indecent character […] is declared to be nonmailable matter and shall not be conveyed in the mails or delivered from any post office or by any letter carrier.” Comstock campaigned tirelessly for censorship laws not only to stamp out erotic subject matter in art or literature, but to suppress information about sexuality, reproduction, and birth control.) As late as 1995, the Miller’s Tale was removed from a college course in Eureka, Illinois after parents complained that it was “inappropriate for students.”

The first expurgated edition of the tales was produced by the Reverend William Lipscomb in 1795, in which he left out the whole of the Miller’s and Reeve’s Tales and certain lines from other ones. Editions that followed used mis- or non-translation, euphemism, or just plain textual alteration, to make the texts more suitable for impressionable ears. By the time of John Manly’s edition in 1928, it was deemed fine to leave out the whole of the Miller’s Tale from a school edition because, as he wrote, it was “not fit to be read in a mixed company.”

Our editions are also designed for use in schools and follow the text of F.N. Robinson’s definitive 1957 version, complete with explanatory notes, thorough introductions, running synopses of the action, and glossaries. It now seems to be generally accepted (although not by all US Education boards) that the study of Chaucer in school teaches students how to distinguish between a dirty joke and a respectable tale, as well as to delight in the glory of Middle English! 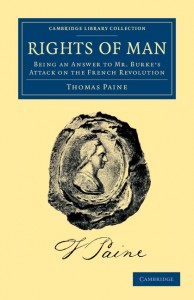 Thomas Paine’s response to criticism of the French Revolution, The Rights of Man, proposes that popular political revolution is permissible when a government does not safeguard its people, their natural rights, and their national interests. Unsurprisingly, given the subject matter and argument, it was banned in Great Britain and Paine himself was charged with seditious libel, convicted in absentia (he’d fled to France), and sentenced to death if he should ever return. Despite (and because) of the ban and the routine seizing and burning of copies, it was a great bestseller. For years after its publication all copies of The Rights of Man were systematically and routinely seized and burned, although even by the most conservative estimate, the book sold between 100,000 and 200,000 copies in the first three years after publication. It was also banned in Tsarist Russia and continues to face challenges today for its ‘subversive’ and ‘radical’ ideas, remaining one of history’s most banned political narratives.

A superstar among banned books, this controversial classic has been notably censored in the United States, Germany and Turkey for its ‘dangerous’ promotion of communism. The book was banned outright by the anti-socialist laws of the German Reichstag after assassination attempts were made of Emperor William I in 1878, by the Nazis in the 1930s and 40s (it was one of the 25,000 volumes publicly burned in Berlin in May 1933 and suppressed wherever the Nazis had control until 1945), and, epically, by the Turkish government from 1848 to 2013 (although the ban does seem to have been largely ceremonial, given the Turkish-language edition’s sales). It was dealt with rather more subtly during James McCarthy’s Red Scare in 1950s America; a no-read recommendation, not a requirement, but the kind of recommendation that you definitely had to go along with.

On the Origin of Species – Charles Darwin, 1859

Another big-hitter here in banned book terms, Darwin’s controversial theory of evolution was too much for even his own alma-mata Trinity College, Cambridge, which under the instruction of the Master, Dr William Whewell (pronounced Hyool, of course), banned his book from its library:

“I have to thank you for a copy of your book on the ‘Origin of Species’. You will easily believe that it has interested me very much, and probably you will not be surprized to be told that I cannot, yet at least, become a convert to your doctrines. But there is so much of thought and of fact in what you have written that it is not to be contradicted without careful selection of the ground and manner of the dissent, which I have not now time for. I must therefore content myself with thanking you for your kindness.” The Correspondence of Charles Darwin, Volume 8 (1860), p.6. 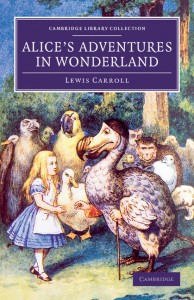 A perhaps surprising entry into the Banned Books firmament, but this classic nonsense children’s book has been attacked and prohibited several times for a host of reasons; obscenity, encouraging children to mock authority figures, glorifying drug use, and endowing animals with human language. This last instance was in 1931 when a government censor in the Chinese province of Hunan, General Ho Chien, banned the book because of “its portrayal of anthropomorphized animals acting on the same level of complexity as human beings.” Ho Chien believed that portraying animals and humans on the same level was “disastrous” for children and extremely insulting to humans overall. The book survived the bans and has gone on to be one of the most famous children’s stories of all time, spawning films, toys and all sorts.

The British authorities in India banned the Gujurati edition of Mohandas Gandhi’s diagnosis and cure for the problems of humanity in modern times upon its publication in 1909. In response Gandhi translated it into English as Indian Home Rule. The British didn’t bother banning this version – the book would surely have little impact on the English-speaking Indians’ subservience to the British and British ideas. The book became notorious for its attack on machinery and modern, Western civilization, but it also contained the first exposition of Gandhi’s philosophy. By 1919 the Hind Swaraj was widely known in India and treated as the manifesto of the Gandhian nonviolent revolution by most Indians.

Perhaps Lawrence’s most famous novel, this book was banned in the UK, Japan, US, Canada, India and Australia for obscenity, and only published in heavily edited editions. When the full unexpurgated edition was published by Penguin Books in Britain in 1960, the subsequent trial, R v Penguin Books Ltd, under the Obscene Publications Act of 1959, was a major public event, taking place over six days between 20th October and 2nd November. In a result which liberalised publishing, the jury found for Penguin and Lady Chatterley took to the streets, selling out almost instantly. Summing up for the defence, Gerald Gardiner had simply asked of the jury: “All you can do is to judge it as a whole in the existing climate of literature and with your own knowledge of human life”.

First published in 1943 and written during and immediately after the Spanish Civil War, The Spanish Labyrinth was banned by the government of Francisco Franco because its criticism of his regime. It was a resilient volume though; with Spanish-language translations smuggled into the country by anti-Franco émigrés, it became popular among Spanish dissidents. The ban was lifted after Franco’s death and is generally accepted as one of the most brilliant bits of scholarship about Spain and its history.

I hope you enjoy having a browse among our banned books this Academic Book Week. The aim of the week is to increase awareness of the diversity, variety and influence of academic books throughout history and to make them accessible to a wide general audience – something we at Cambridge University Press Bookshop agree with wholeheartedly! I hope this little introduction to some of our titles will help with the achievement of that aim.

Find out more about Academic Book Week at cambridge.org/acbw19

You can learn more and follow the Cambridge University Press Bookshop here:

About the Author: Alice Tranah

Alice Tranah grew up in Cambridge and, after studying history at University, fell delightely into life as a bookseller, first in London and then here for Cambridge University Press Bookshop....