How Can Social Democrats Win? 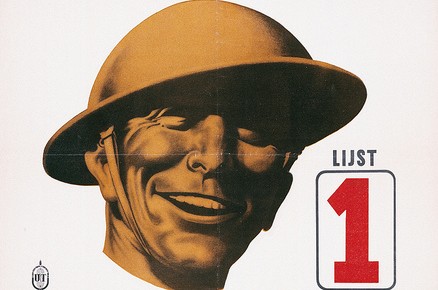 As many social democratic parties on the European continent are in crisis yet again, the quest for fresh ideas with which to win back disaffected voters has taken on renewed significance. These days, quite a few social democrats draw their inspiration from Jeremy Corbyn’s Labour Party,[1] which surged from nowhere in the June 2017 United Kingdom General Election (although it did not actually win) on the wings of a campaign driven by a committed army of youthful activists from the Momentum grassroots organization. Corbyn and Momentum stand in a long tradition of Northern and Nordic templates that continental social democrats hope(d) to emulate. Before Corbyn, there was Tony Blair and his ‘Third Way’; before that, there was the much-vaunted ‘Swedish model’; and before that, there was the ‘breakthrough’ to (lower) middle-class voters that the Labour Party achieved in its 1945 landslide election victory.

That the continental social democratic parties mostly failed to replicate the electoral successes of their British and Scandinavian counterparts has often been attributed to their stubbornness and dogmatism. This was especially true for the first decades after the Second World War. Widely known as the ‘golden age of social democracy’, many continental social democratic parties actually spent these decades either as junior partners in governments led by Christian democrats or in opposition to center-right coalitions. It is customary for historians to argue that this was due to their dogged refusal to renew their platforms after 1945. Even though the more far-sighted party leaders wanted to take up the lessons of the British and Scandinavian models, i.e. making peace with capitalism and reaching out to non-proletarian social constituencies, their efforts foundered on the resistance of party machines still deeply attached to a revolutionary symbolism. As a result, party programs and rhetoric remained firmly wedded to Marxist notions of class struggle and the dictatorship of the proletariat, thereby scaring off much-needed voters in the political center.

In my book, I challenge this perspective on social democracy in postwar continental Europe. To that end, the book deals with four parties that have often been neglected in historiography: the French Socialist Party and the Italian Socialist Party in Western Europe as well as the Czechoslovakian Social Democratic Party and the Polish Socialist Party in Eastern Europe.  Where the postwar French and Italian socialists are usually seen as the most beholden to outdated ideologies in Western Europe, the postwar Czechoslovakian social democrats and Polish socialists (along with the other socialist and social democrats in postwar Eastern Europe) have frequently been dismissed as communist stooges who sold out their parties in the run-up to the forced communist socialist mergers of 1948.

By studying these parties in their own right, rather than measuring them by the British and Scandinavian models, the book offers an altogether different account of the dividing lines within the postwar European socialist movement. The Italian and Polish socialists insisted that a reformist and parliamentary trajectory to socialism was simply not available to backward and rural countries like theirs. In fact, the Italian socialists increasingly came to view ‘the Polish road to socialism’, under which a communist-socialist government introduced socialism by extra-parliamentary means, as a beacon for their country. If the Italian socialists looked East, the Czechoslovakian social democrats always felt ill at ease in the Eastern bloc. They stressed that the teachings of the Soviet Union could not be exported to a developed industrial nation with a long democratic tradition. In their efforts to keep open channels of communication with the democratic West in the context of the nascent Cold War, they saw the French socialists, likewise confronted with a communist challenge to democracy, as a key ally.

What is striking is that the experiences of their British and Scandinavian sister parties, so often held up in historiography, barely figured in the considerations of the social democrats in postwar continental Europe. This brings me back to the current hype around Corbyn and his ‘lessons’ for European social democracy. To be sure, the 40 per cent vote share that Labour achieved under Corbyn in 2017 is one that many social democratic parties on the European continent can only dream of. Yet, this result must be seen in the light of both the vagaries of the British electoral system and a Remain backlash after the Brexit referendum. In fact, the continental social democrats might find more apposite models closer to home:  in Portugal, the socialists have been very successful at the helm of a left-wing coalition committed to reversing austerity measures; in Italy, Matteo Renzi won a commanding victory in the 2014 European elections on an explicitly Blairite prospectus; and in Slovakia, the social democrats have been the largest force since 2006 by co-opting parts of a populist agenda and taking a tough line on immigration. These are three very different models, but what unites them is that they actually saw social democrats, unlike Corbyn, successfully forming a government. Much like historians of postwar European social democracy, therefore, present-day social democrats would do well to shift their exclusively Northern focus southwards and eastwards. 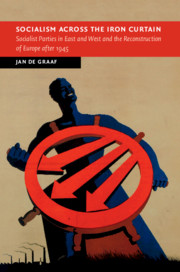 Socialism across the Iron Curtain: Socialist Parties in East and West and the Reconstruction of Europe after 1945 by Jan De Graaf is now available from Cambridge University Press

About the Author: Jan De Graaf

Jan De Graaf is a postdoctoral researcher at the Katholieke Universiteit Leuven, Belgium. He graduated with the highest distinction from Universiteit Utrecht in 2009 and obtained his Ph.D. from the University of Portsmouth in 2015. Since 2015, he has been working on a four-year postdoctoral project on wildcat strikes as a pan-European phenomenon, f...