Sustainability through knowledge, innovation, and optimism, not fear and pessimism

Global environmental issues were identified as a crisis in the 1960’s (1). The alarmist rhetoric caught the public’s attention, but stimulated a pessimistic attitude (2) that human beings were destabilizing an otherwise harmonious, “steady state” world.

The focus on the environment accomplished much. It raised public awareness of issues from species extinctions to air and water pollution. It stimulated many agencies to collect data on global issues; and it stimulated very good research into environmental subjects. 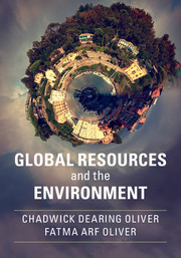 The data and research have shown that the world is not what we thought. It is dynamic, constantly changing with or without human intervention. It never was a “steady state,” even without people; consequently, a rigid “preservation” approach will not return the earth to some utopian past condition which didn’t exist anyway. The “Law of Requisite Variety” implies that a dynamic system can be managed if the manager is more flexible than the system (3); and, better knowledge means better management. Pessimism and fear paralyze people into inaction—the opposite of what is needed. We need knowledge, innovation, and optimism.

Inevitably, scientists have become specialized into narrow but important fields. This specialization is because science now knows so much that, to learn new things, each scientist needs a lot of background knowledge about their subject that he/she can only get by concentrating on a narrow area. But, it is difficult to find scientists who can integrate among subjects well. Consequently, specialized scientists may develop environmental solutions that appear good for their field, but have difficulty determining the solution’s impact on other fields.

Pessimism and fear paralyze people into inaction—the opposite of what is needed. We need knowledge, innovation, and optimism.

An interested person needs to read books on many subjects to get an integrated, global understanding of resources, the environment, and people.  Then, the reader needs to integrate the subjects.  This reading and integration take more time than most people have—especially decision-makers in governments, businesses, ENGO’s, and the news media. Consequently, they often default to the news. Journalists are bound to paint a distorted picture of reality because “News is about things that happen…” (habitat loss, pollution, and epidemics)… ”not about things that don’t happen” (species populations not endangered, air and water that is not polluted, and many human populations that are not sick). “To get an accurate picture of the world, you have to count.” (i.e., use data; 4).

Global Resources and the Environment: We have written this book that integrates people, many aspects of the environment, and many resources using copious figures, graphs, photographs, and maps after analyzing many global data sets gathered over the past fifty years.

Many interesting issues have emerged (5). As examples:

Population trends: The world’s human fertility rate has been declining dramatically from about 5 children per female in 1960 to 2.5 per female at present. Hopefully, it will reach the replacement rate of 2.1 children per female. The effects of this decline are not immediately obvious because the total number of people are still “trickling up” as younger, more crowded generations grow old and replace less crowded generations.

been declining dramatically since 1960

Populations and their impacts can be predicted many decades into the future. We could have (but apparently didn’t) predict the population boom resulting from high fertility rates in central America from the 1960’s through the 1980’s. The fertility rate is now down, but the newly crowded generations are adults and looking to migrate elsewhere. Currently high fertility rates in western Africa will create problems with migration in several decades unless the issue is proactively addressed now.

Climate changes: The world’s climate is already changing, as it always has. Either a natural pattern of change will dominate (the Milankovitch Cycles), the anthropogenic effect of greenhouse gases will dominate, or a combination of the two will occur. We do not know exactly which ways the climate will change, but all changes will probably lead to mass migrations–as occurred in central Asia and western Africa one to three thousand years ago. It may be prudent to develop ways (international protocols) to deal peacefully with these migrations—especially since we don’t know who the migrants will be– Scandinavians moving from the cooling north or people moving from the heating, drying equatorial regions? They will not be refugees, but whole populations looking for permanently live-able places.

Biodiversity: The world is increasingly appreciating that biodiversity is important, is understanding many causes of extinctions, and has many solutions. Reserve areas for species are part of the solution; however, all places cannot be protected and all species cannot be returned to their native lands and habitats. Consequently, novel ecosystems can be encouraged consisting of amalgamations of species which did not evolve together, with as much diversity encouraged as appropriate.  Urban as well as rural areas can become novel ecosystems.

Renewable energy and fossil fuels: About seven thousand times as much energy is circulating in the world in different forms as people use.  It will simply take technologies and willpower to tap forms that have the least negative side effects. Fossil fuels were initially a blessing, but their time is passing. Not only do they produce greenhouse gases, but they foment violence and waste human lives and hundreds of billions of dollars to the global armaments industry.

If the world began developing its renewable energy capacity at the same rate that the fossil fuel capacity developed between 1950 and 1990, the world could be completely free of fossil fuels with everyone living much better lifestyles by 2060 through a combination of energy waste reduction and renewable energy. The transition could be funded if only part of the money now going to the world armaments industry were redirected to renewable energy investments.

The book gives readers the background to discuss these and other issues factually, view alternative solutions, and reach agreements.

Other ideas from Chad can be found at:

About the Authors: Chadwick Dearing Oliver and Fatma Arf Oliver 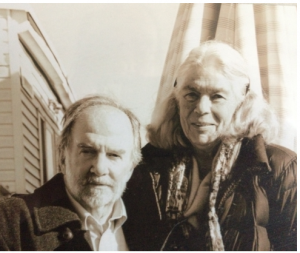 Chad Oliver, author of Global Resources and the Environment (Fatma Arf Oliver, coauthor), 2018, is the Pinchot Professor of Forestry and Environmental Studies, School of Forestry and Environmental Studies, Yale University.  He is from South Carolina, studied at The University of the South (BS, 1968) and Yale University (MFS, 1970; PhD, 1975). He studied and researched at The Harvard Forest (1973-1975; Research Fellow and Instructor), The University of Washington College of Forest Resources (Professor; 1975-2002), and Yale University School (2002-2020; he is in phased retirement). His early research concentrated how forests developed resulting in a book Forest Stand Dynamics (Bruce Larson, coauthor). He is author of over 150 scientific, technical, and policy papers. Fatma Oliver is from Istanbul, Tukey. She and Chad married in 1974. She studied at University of the Bosphorus, Istanbul (BS, Electrical Engineering); Technical University of Darmstadt, Germany (Masters, Engineering); Brooklyn Polytechnic Institute, New York City (Masters, Engineering); and University of Washington (Masters, Computer Theory). She taught at Middle East Technical University, Turkey; University of New Haven, Connecticut; and elsewhere.  She was a Statistical Engineer at Boeing Aircraft Company in Seattle. Fatma and Chad travelled and researched extensively together in preparation for this book.

About the Author: Chadwick D. Oliver

About the Author: Fatma Arf Oliver