Has the Left Killed Satire? 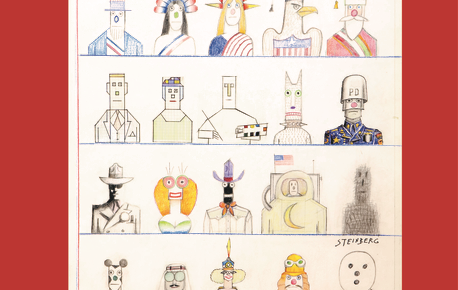 Writing a big book makes you wary of generalizations.  My new book, The Cambridge Introduction to Satire, discusses satire from Lysistrata to The Daily Show, and if there’s one thing I discovered in writing it, it’s that no matter what you claim about satire, counter-examples are dismayingly easy to find.

Consider the politics of satire.  The great mid-century critics of satire—Ronald Paulson, Northrop Frye, Gilbert Highet among them—described satire as a conservative force.  For them, satire enforces the status quo by ridiculing everything that deviates from traditional standards.  Yet when I encountered this theory as a grad student, I felt that it had to be wrong.  Satire, after all, is a mischievous, rebellious art, one that breaks boundaries and defies authorities.  Now in truth I don’t think you can reduce satire to a single political stance, but in the first decade of the 21st century, contemporary American culture—The Onion, George Saunders, Borat, South Park, Michael Moore, Stephen Colbert—seemed to affirm that satire on the left was thriving.

Then, in January, 2015, came the Charlie Hebdo killings, 17 people massacred over three days.  The victims included writers, cartoonists, editors, and maintenance workers. At the impish left-wing weekly, which was born out of the 1960s counterculture, North African-born Arabs worked side-by-side with secular Jews.  They were targeted for having thumbed their nose at Islamic fundamentalism.  Shockingly, many on the left were quick to blame the victims, scolding the murdered humorists for bad taste and insensitivity.  In 1989, I recalled, when Khomeini issued his fatwa against Rushdie, moralists across the political spectrum had similarly wagged fingers at the infidel. (Among them was Jimmy Carter, who labeled Rushdie’s book an “insult,” while also taking the opportunity to trash Martin Scorsese.) In 2015, once again, liberals seemed to be throwing satire overboard.

Is this part of a pattern?  In recent years, Colbert and The Onion have knuckled under to angry Twitter mobs, coughing up public apologies like inmates of a Maoist reeducation camp.  Last year the White House correspondent for The New York Times led a public outcry against the comedian Michelle Wolf for daring to mock Trump’s propaganda minister press secretary.  Outlets like Slate, once reliably liberal, opine that free speech is overrated.  Of course the right is no better, but we’ve come to expect a certain priggish humorlessness from them.

I don’t believe the left has killed satire; and threats to freedom of speech today are far greater on the Trumpist right.  But whatever your politics, there’s no point in asking for satire that doesn’t “insult” anyone. (Actually, what most people want, to paraphrase Swift, is satire that insults everybody but themselves.)  It’s in the very nature of satire to dispense with niceties, to display bad manners, to give offense.  Or in the words of Rushdie, “To name the unnamable, to point at frauds, to take sides, start arguments, shape the world and stop it from going to sleep.”  And once those arguments start, you can never tell who will end up on which side.  For better or worse, the artillery blasts of satire will always inflict collateral damage. 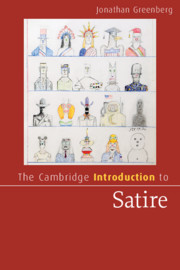 About the Author: Jonathan Greenberg

Jonathan Greenberg is Professor of English and Department Chair at Montclair State University, New Jersey, and was awarded the Andrew J. Kappel Prize for Literary Criticism in 2007. He is the author of Modernism, Satire and the Novel (Cambridge, 2011), a Choice Outstanding Academic Title. With Nathan Waddell he co-edited Brave New World: Contexts a...